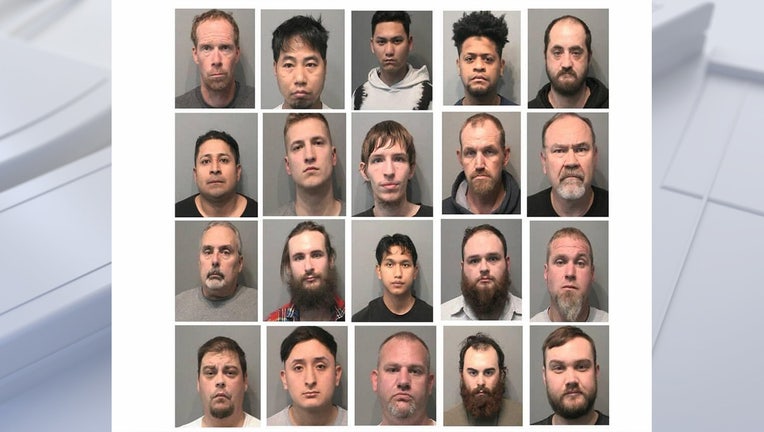 The Johnson County Sheriff's Office in conjunction with the City of Franklin Police Department executed the sting operation between Nov. 1 and Nov. 3, according to a Facebook post published by the police department.

During the operation, officers posed as underage children online and agreed to meet with the potential offenders at a specified location. The individuals believed they would be partaking in a sexual encounter with a minor, according to investigators.

Some individuals traveled from different states to meet with the supposed minors and some even brought items ranging from alcoholic beverages to drugs to firearms, police said.

"We will never know the true extent or impact these investigations have on the safety of our children. Knowingly meeting with a minor and wanting to take that minor away from their home travel miles away scares all of us. Will we ever truly know what the suspect’s true intentions were?" the Facebook post read.

More than half of the 20 people who were arrested as a result of this operation have bonded out, police said. The rest remain in jail.

Between Dec. 2020 and Nov. 2022, Johnson County Sheriff’s Office and Franklin Police Department have successfully run four sex sting operations which have resulted in a total of 49 arrests.

"We want parents to be very diligent in knowing what their children are doing and who they are speaking with on the internet. The number of online apps and what can be discussed is very alarming. Almost everyone carries a smartphone which makes it so easy to access these sites," the post read.

Those who were arrested include: