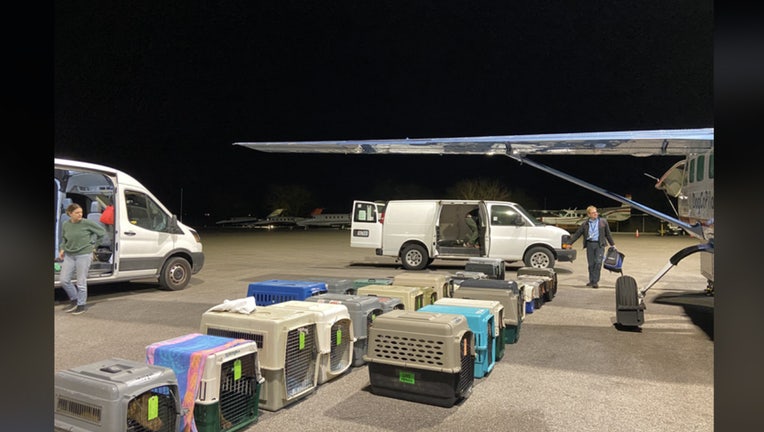 AUSTIN, Texas - 48 dogs and 2 kittens are getting a second chance at life.

The animals are from nine other Texas-based shelters outside the Austin area.