WILLIAMSON COUNTY, Texas - Warnings were issued for parts of Central Texas as a tornado was reported to have touched down in Williamson County. Damage was also reported in several areas.

The tornado reportedly touched down just west I-35 south of Jarrell and just west of New Corn Hill. It was on the ground for several miles.

A Tornado Warning had been issued for Williamson, Bell, and Milam Counties.

Forecasters had warned that the main threat would be damaging winds of 60 to 70 mph and hail. 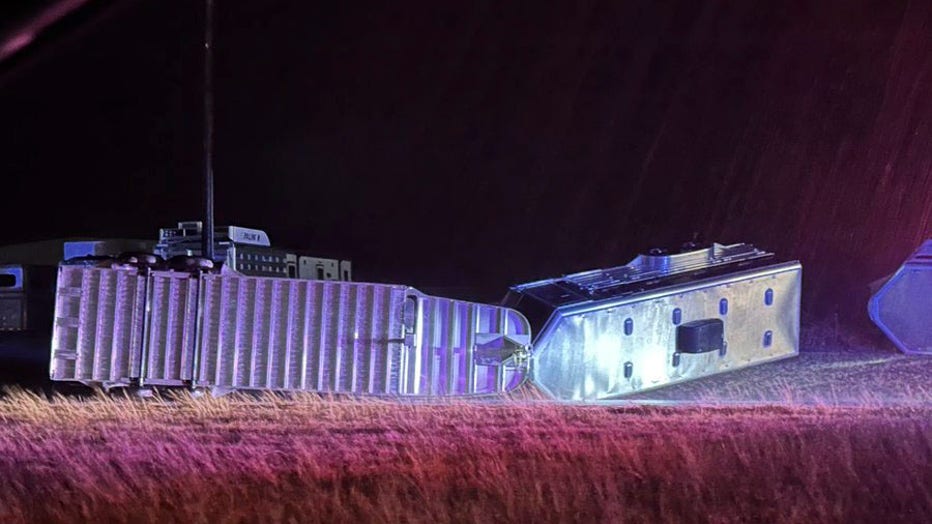 What to do if you find yourself in tornado

There are three important parts to any severe weather plan: Shelter, notification, and a plan of action.

Most commonly these are closets, bathrooms, or under-stair storage spaces.

Mobile homes, travel trailers, and non-foundational prefabricated homes and buildings are not safe shelters in a severe thunderstorm. If you are in one of these buildings part of your severe weather plan should include seeking more sturdy shelter.

Second, notification, is also relatively simple. Make sure you have a way to receive weather alerts. Smartphones will ring with EMS alerts such as tornados, flash floods, and severe thunderstorm warnings. Weather apps, such as the FOX 7 WAPP will alert you to severe weather in your area as well.

The Storm Prediction Center in Norman, Oklahoma and the National Weather Service in Austin/San Antonio recommends at least two ways to get your alerts. One can be your phone, the other, they recommend, an NWS weather radio for night-time alerts.

Once you receive the notification it is important to reach your safe space first, then check FOX 7 to see where the severe weather threat is and where it is headed. Streaming videos on your phone can help you keep tabs on the latest severe weather information.

Third a plan of action. When a weather emergency strikes you and your family should know exactly where to go so there is no wasted time. A National Weather Service study found that the average time from when a tornado warning is issued to when the tornado hits is about 13 minutes.

Time is very short, and any time wasted can have potentially devastating consequences.

It is important to note that, though the traditional ‘storm cellar’ seen in movies or in Oklahoma are the best bet to stay completely safe, though they’re not 100% required. Many tornado survivors, including during the infamous EF-5 Moore, OK Tornado of 2013, have survived direct hits without tornado or storm cellars by taking these safe-space precautions.