LOS ANGELES - The co-founder of the "We Build the Wall" online fundraising campaign, Brian Kolfage, has been indicted on additional charges for alleged tax fraud, according to the Northern District of Florida attorney’s office.

"Kolfage, who faces a separate federal indictment out of the Southern District of New York for fraud and money laundering related offenses, now also faces one count of filing a false tax return and one count of wire fraud related to the electronic filing of his tax return in Northern Florida," according to the district attorney.

The Air Force veteran and triple amputee allegedly engaged in a scheme to defraud the government in relation to his 2019 federal income tax returns, the district attorney said. 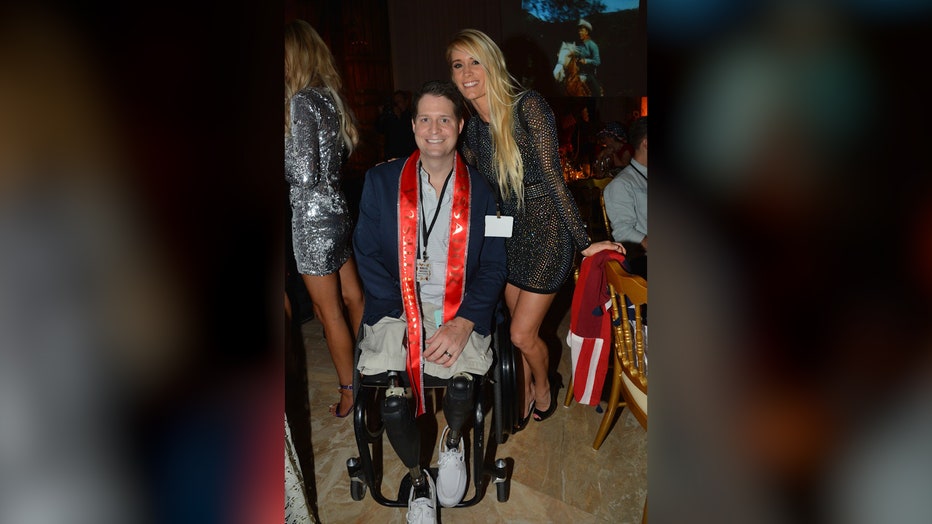 Kolfage allegedly deposited more than $350,000 in donor funds meant for We Build the Wall Inc. into his personal account, which he then used "to pay for his own personal expenses, including... home renovations, payments toward a boat, a luxury SUV, a golf cart, jewelry, cosmetic surgery, personal tax payments and credit card debt."

"The United States relies on the payment of taxes to defend our country and maintain its operations," stated Acting United States Attorney Jason Coody. "We will investigate and prosecute those who falsely misrepresent their income – whether by traditional evasion or failing to disclose charitable contributions diverted to their personal gain."

"IRS-CI is working diligently to stop those who, regardless of their resume or social status, violate the integrity of our nation’s tax system," said Special Agent in Charge Brian Payne of IRS Criminal Investigation. "We take our mission seriously. IRS Special Agents are particularly interested in cases where someone for his own personal benefit has taken what belonged to others. We encourage everyone to practice due diligence when donating their hard-earned money."

RELATED: Steve Bannon's partners had history of cashing in on Trump movement

Kolfage will go before a judge on May 27 for the charges filed in Florida and could face up to 20 years in prison if found guilty.

Within a week of Kolfage launching the "We Build the Wall" campaign in December 2018, it raised roughly $17 million, prosecutors said. Due to concerns over where the money was going, the crowdfunding platform told Kolfage to identify a nonprofit that the money would go to or the funds would be returned. At that point, prosecutors said, Steve Bannon, who was also indicted, and one of the other defendants worked on creating the nonprofit We Build the Wall Inc.

The stated goal was then changed to using the money to privately construct the wall instead of handing it over to the U.S. government to do so, and past donors had to agree to have their money used for that purpose. They were assured that all of the money would go to wall construction, and not to Kolfage or the organization's board, the indictment said.

"If Steve Bannon wasn’t part of this project there’s no way in hell the Southern District of New York is going to send 15 officers from New York City down to my house to take me in, alone," Kolfage told McClatchyDC in September 2020. "It’s all political."

"I think ultimately when this all comes out, it’s going to be a huge black eye and embarrassment on the Southern District of New York," he also said.

Along with Kolfage, Bannon was also charged in August of 2020 with duping thousands of donors who believed their money would be used to fulfill former President Donald Trump’s chief campaign promise to build a wall along the southern border. Instead, he allegedly diverted over $1 million, paying a salary to one campaign official and personal expenses for himself.

During his exit from the White House in January, Trump issued a flurry of pardons, including one for Bannon.

Bannon’s pardon was especially notable given that the prosecution was still in its early stages and any trial was months away. Whereas pardon recipients are conventionally thought of as defendants who have faced justice, often by having served at least some prison time, the pardon nullifies the prosecution and effectively eliminates any prospect for punishment.

The Associated Press and Fox News contributed to this report.