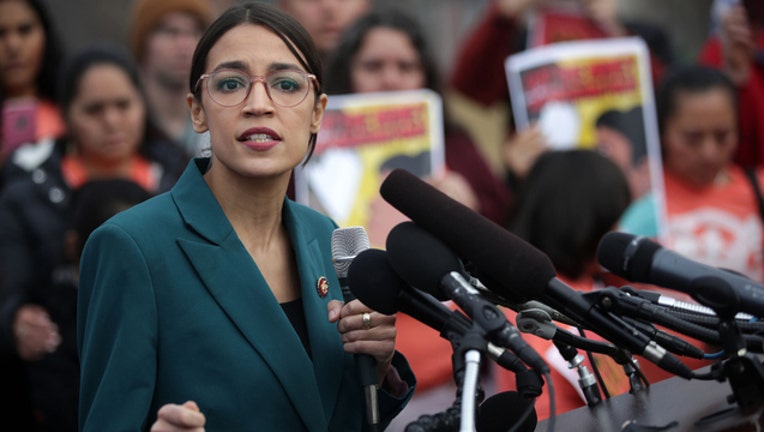 WASHINGTON (FOX 5 DC) - After calling on lawmakers to raise their staffers’ pay, Alexandria Ocasio-Cortez is putting her money where her mouth is.

The freshman House member says that she will pay each person on her own staff at least $52,000, Roll Call reported last week.

Staff assistants in D.C. can make as little as $35,000, and must turn to part-time jobs to make up for the difference in a city where the average rent is well over $2,000 a month.

Roll Call noted that even before the Democrats took over the House following the midterm elections, both parties had been calling for better compensation for staff members.

Shortly after Roll Call’s report on Ocasio-Cortez’s move, she came under fire from Fox News personality Pete Hegseth, who described it as “socialism and communism on display.”