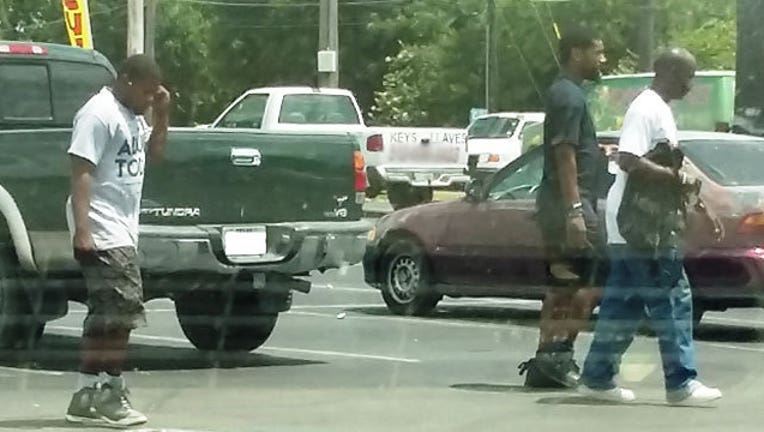 The Austin Police Department is asking for the public's help in locating three suspects involved in an aggravated robbery on June 28.

Police officers responded to a call of a disturbance at a bus stop near West Rundberg Lane and North Lamar Boulevard. Officers arrived and met with a disabled victim who had been assaulted by three black male suspects and knocked from his wheelchair. The suspects stole the victim's backpack which contained several personal items.

One of the witnesses who observed the robbery and called 9-1-1 also took the attached photo of the suspects as they walked away from the victim.

The Austin Police Department is seeking the public's assistance in identifying these subjects.

Due to the victim's disabled status, the case is being investigated as an aggravated robbery.

This case remains under investigation by APD Robbery detectives. Anyone with information about this incident is asked to call the Robbery tip line at (512) 974-5092, Crime Stoppers at (512) 472-TIPS or text “Tip 103” + your message to CRIMES. You may be eligible for a cash reward of up to $1,000 if your tip leads to an arrest or charges being filed.