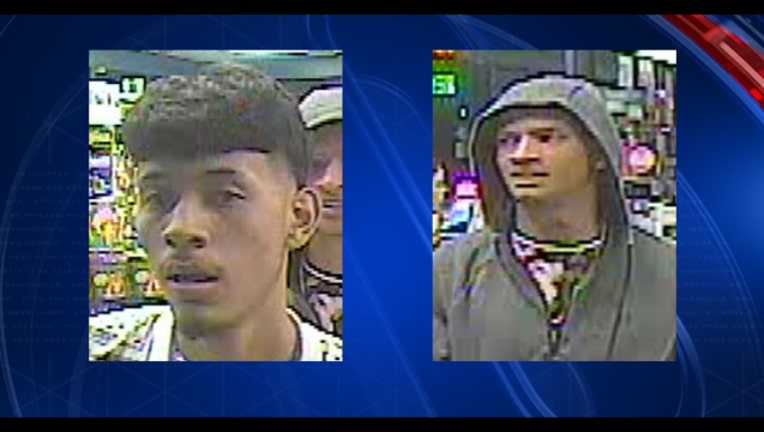 They demanded money and pointed a gun at a store clerk before running off with an undisclosed amount said officials.

Surveillance pictures captured helped give police a description of the two suspects.

The first suspect is described by police as being a Hispanic man in his mid-teens to early 20's.
He has short dark hair, a dark mustache and goatee.

The second suspect is described by police as being Hispanic or a light-skinned African-American man in his mid-teens to early 20's.

He has short dark hair and a clean-shaven face.

Anyone with information about either person can call the APD Robbery tip line at 512-974-5092.