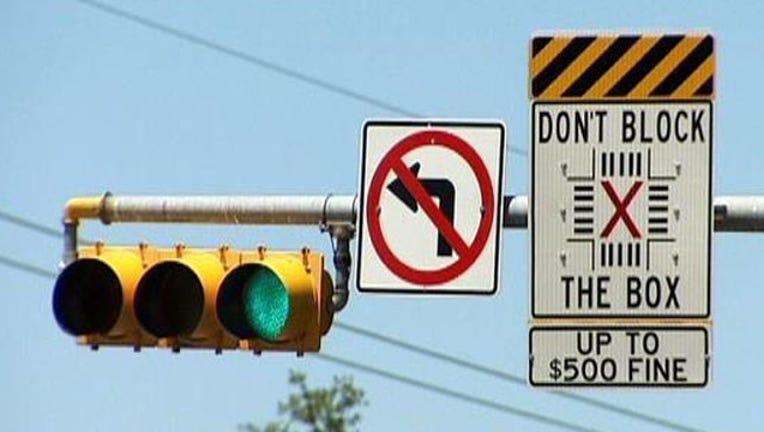 The Austin Police Department says that starting today its officers and the City of Austin Transportation Department will be shifting locations to enforce the campaign.

Officers will be at the following key intersections to keep traffic flowing during the peak travel times of 7-9 a.m. and 4-6:30 p.m.:

Officers at the intersections will be looking for the following behaviors that interrupt the flow of traffic and will be ticketing drivers, pedestrians and bicyclists:

The Don’t Block the Box campaign began on April 6 in an effort to reduce traffic congestion on Austin’s major roadways.

APD says that additional Don’t Block the Box signs will be put up in various locations across Austin in the upcoming weeks.

Drivers are advised that even without a sign, it is still illegal to block the box. Blocking the box means that a vehicle has entered an intersection without enough room on the other side of the intersection to clear it.

APD says it’s important not to block the box because it prevents vehicles from traveling through the intersection. Blocking the box not only causes traffic delays, it causes safety concerns for pedestrians trying to use the crosswalk, and emergency vehicles navigating the roads.

If you'd like more information about the Don't Block the Box campaign, head here.