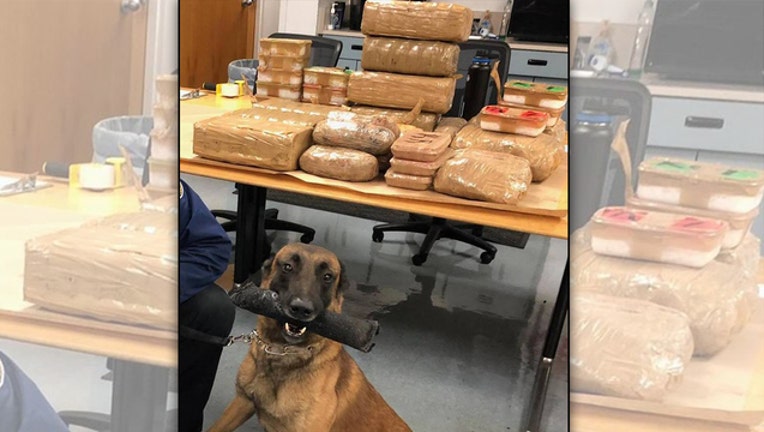 EUGENE, Ore. (FOX 13) - A police dog discovered more than 100 pounds of methamphetamine on an Oregon highway.

Nero is a K9 with the Oregon State Police. Officials announced Thursday that he sniffed out the 124 pounds of meth after a traffic stop took place on a speeding vehicle. The incident occurred November 21 on Interstate 5.

"During contact with the driver and while taking enforcement action, several factors led me to be suspicious of criminal activity. I requested consent to search the vehicle, which both the driver and the registered owner (passenger) denied," according to a trooper’s report, cited by KATU. "I applied OSP K9 Nero to conduct an exterior sniff of the vehicle. K9 Nero alerted to the odor of narcotics from the vehicle.”

Nero’s search of the vehicle revealed the drugs concealed in several bags inside the trunk. Both occupants, 19-year-old Gerardo Antonio Ceballos and 57-year-old Carol Jean Gilbertson, were arrested.