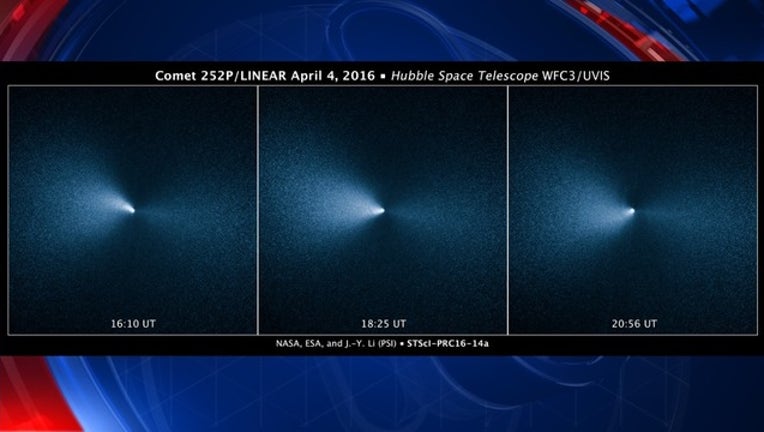 WASHINGTON - NASA has released incredible new images taken by the Hubble telescope that they say show "one of the closest encounters" between a comet and Earth ever recorded.

The telescope captured the images on March 21, when the comet 252P/LINEAR traveled within 3.3 million miles of Earth, which is about 14 times the distance between our planet and the moon.

The comet is the closest celestial object the Hubble has ever observed, other than the moon.

According to NASA, the comet is now traveling away from Earth and, although it will enter back into the inner solar system in 2021, it will be traveling much further away from our planet.

The images of the comet were taken from Hubble's Wide Field Camera 3.