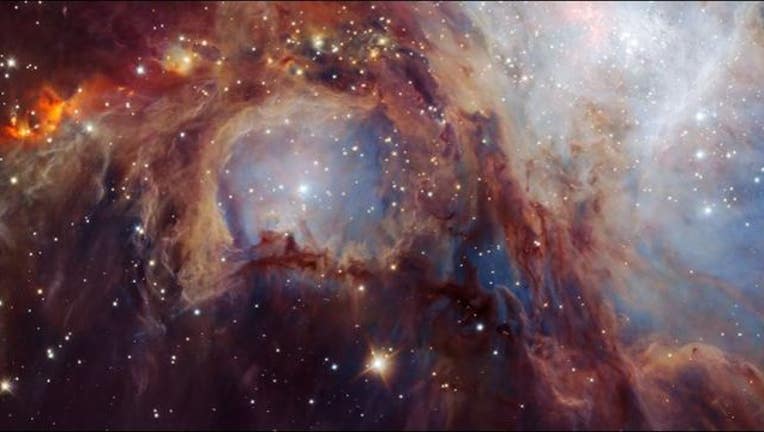 LOS ANGELES, CA (FOX 11) - An incredible close-up image of the Orion Nebula was released by the European Southern Observatory (ESO) earlier this week.  They released a video on YouTube which gives a close-up view of the star-formation region that was obtained from multiple exposures using the HAWK-I infrared camera on ESO's Very Large Telescope in Chile.

Check out the video here:


This is the deepest view ever of this region and reveals many more very faint planetary-mass objects than expected.

The Orion Nebula -- also known as M42 -- is located in the constellation of Orion, just south of Orion's belt.  It is one of the brightest nebulae and is visible to the naked eye in the night sky.

Right now for the United States, The Orion Nebula is not visible to us, since it appears in the sky at the same time as the sun.  It's visible from late autumn to early spring.  It's the highest in the sky around midnight in the middle of December.