LAKELAND, Fla. - In 1980, Hurricane Allen battered the Caribbean before making landfall on the Gulf Coast. In 1992, Hurricane Andrew wrought unprecedented economic devastation along its path. In 2005, Hurricane Katrina caused enormous destruction and significant loss of life. And Jack Parrish was in the sky to witness all of them.

It’s a trip down memory lane for Parrish, 68, who recently retired from the National Oceanic and Atmospheric Administration.

"Growing up in Florida, along the East Coast, we were always fascinated with hurricanes," said Parrish, whose December retirement capped a 42-year career with the weather agency. "Back in those early days, we had hardly a clue of where they were going, so sometimes we’d expect one and get nothing, and sometimes we’d have one come from the other coast and take out our windows, so it was sort of an obvious interest." 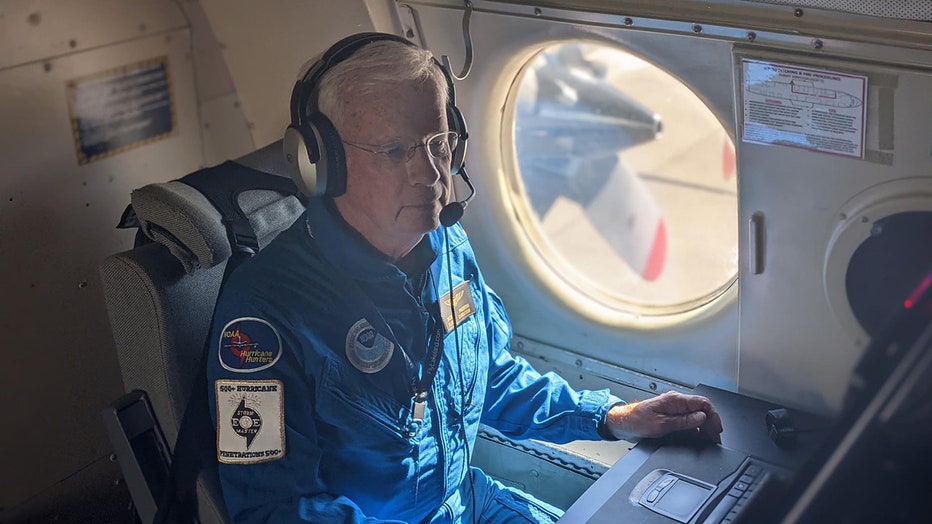 Parrish noted that the combination of working as a radar operator and navigator with the U.S. Coast Guard while studying meteorology sparked his interest and ultimately landed him into the profession he is most notably recognized for today: hurricane hunting.

"We were always asked to fly extremely low into extremely strong weather systems, and we had any number of scares," Parrish recollected of his early days flying, adding, "Looking back at it now, I kind of can realize how hazardous this was compared to my more contemporary work."

The former flight director flew on both the WP-3D Orion and Gulfstream G-IV-SP aircraft, where he hunted hurricanes, conducted tornado research and tracked atmospheric rivers. With more than four decades in the business, Parrish has flown through 103 hurricanes, with 659 penetrations into hurricane eyes. 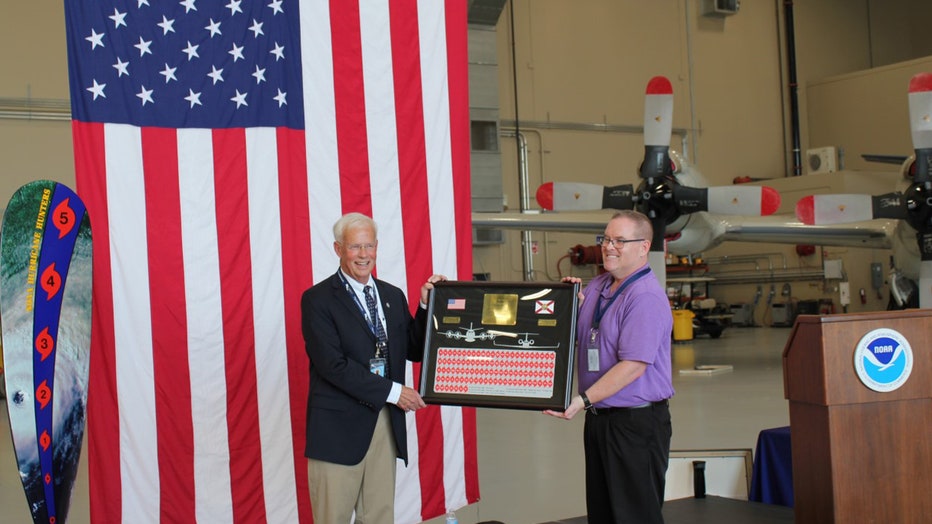 Jack Parrish receives plaque commemorating his 42 years of service with stickers for each of the 103 hurricanes he flew through, from Allen in 1980 to Larry in 2021. (Credit: NOAA)

And, his very first flight was a historic one.

Hurricane Allen was a rare and extremely powerful Cape Verde storm that affected the Caribbean, northern Mexico and Texas in the summer of 1980. When it comes to wind speed, the Category Five storm still holds the record for the strongest Atlantic hurricane ever measured with 190-mph sustained minds.

"A lot of people don’t get that kind of an initiation, but I certainly did," Parrish added.

Still, the following day’s flight into Allen proved rougher for him.

"It was 20 minutes of intense, intense turbulence," Parrish explained. "It was the longest period of severe turbulence by far that I’ve experienced in my 42 years of it."

According to recent studies, extreme hurricanes could soon become more frequent, as global warming could drastically increase the risk of major hurricanes in the Caribbean. 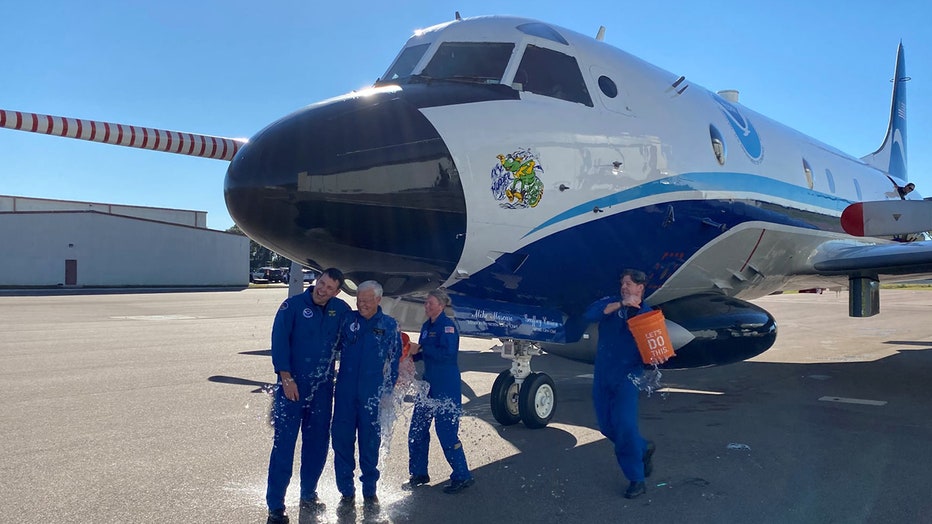 Parrish noted the ocean’s gradual sea-level rise as an obvious marker of climate change but said he hadn’t noticed any prominent changes to hurricanes themselves throughout his four decades surveying storms.

Parrish did note the "unusually high number" of hurricanes in recent years, but also pointed to better forecasting and observing capabilities, such as satellites, as a possible and primary reason for the increased number, in turn, "artificially skewing the numbers a little bit."

But hurricanes weren’t the only thing the flight director observed during his time with NOAA. Parrish recalled vivid memories, including his plane being struck by lightning and, more recently, running into a cluster of tornadoes while flying over eastern Kansas. 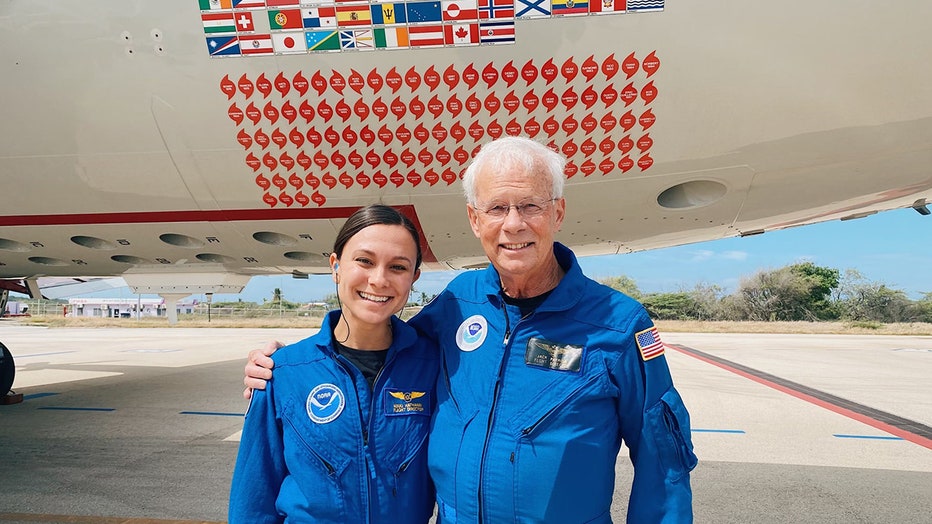 "It seemed like every single supercell that we flew the airplane next to would drop at least one, if not two tornadoes," Parrish recalled. "This day we must have seen 25 of them."

On Dec. 31, NOAA honored Parrish with a warm send-off on his final workday in Lakeland, Florida.

"Jack was a longtime Flight Director and so much more... a leader, mentor, role model, meteorologist, project manager as well as a confidant, sounding board, encyclopedia, and invaluable member of the atmospheric research community. Most importantly, he was a friend," said NOAA’s Aircraft Operations Center on social media.

Parrish said what he will miss most about his work was being a significant member of a crew.

"Being one of those people was such a thrill, and it took me away from my family for so many months, that certainly was a rush," he added.

And while retirement is his chance to take a moment to relax, Parrish said he still has more weather phenomena to see — this time from the ground.

"I want to see everything from the ground level," Parrish concluded, adding "I’ve only seen them from the aviation perspective."