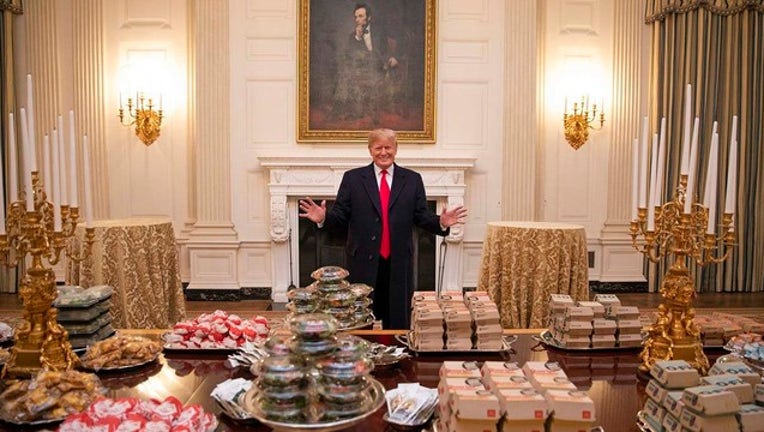 (FOX NEWS) - Former NFL player Reggie Bush said Monday he thought President Trump’s “American fast food” spread in celebration of the Clemson Tigers was a disservice to what the team had accomplished.

Earlier this month, the college football team scored their second national championship in three seasons, defeating the top-ranked Alabama Crimson Tide with a final score of 44-16.

In a visit to the White House following their victory, Trump told reporters Monday that he foot the bill for a feast that included “lots of hamburgers” and “lots of pizza.”

"We have some very large people that like eating, so I think we're going to have a little fun," he said.