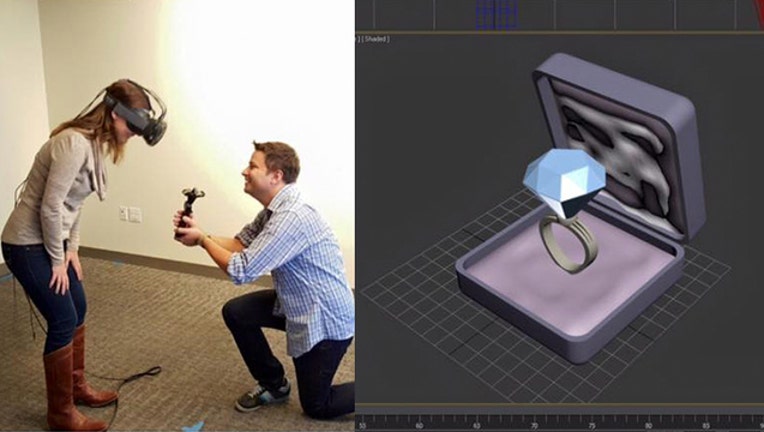 Seattle, Washington - When Kelly Tortorice was invited to visit her boyfriend at his Seattle-area technology job, she thought she was simply testing out a virtual reality project he was working on.

"So there I was, typical day... on a sunken ship deck; fixing robots; painting three-dimensional fire; walking through the Alps; and then suddenly, a virtual engagement ring started floating my way," she wrote on Facebook.

What she was seeing through her glasses, was her boyfriend Chandler Murch walking towards her holding a virtual reality wand, which in turned appeared to her as a ring. Chandler got down on one knee and told her to take her glasses off.

Chandler then switched the wand for a real ring and asked Kelly to marry him. She said yes.

Chandler works at Valve Software Corporation, which is working with cell phone developer HTC to design a virtual reality headset. It is scheduled to launch this holiday season.