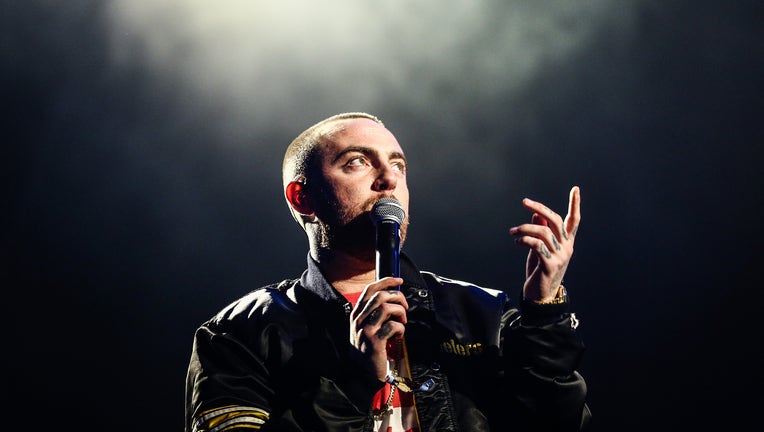 Court documents show Stephen Walter is suspected of selling counterfeit oxycodone pills laced with fentanyl that Miller possessed before he died last September of an accidental overdose of cocaine, alcohol and fentanyl, a powerful opioid contributing to an epidemic that’s claimed thousands of lives in the U.S.

Walter is accused of being the source of the pills that another man, Cameron Pettit, sold to Miller. Court documents unsealed Tuesday say Pettit kept getting drugs from Walter through August.

Ryan Reavis, who was arrested earlier this week in Lake Havasu City, Arizona, is accused of serving as Walter’s “runner” who delivered the pills to Pettit.

None of the men have been directly charged with Miller’s death or have entered pleas in their cases.

Walter, who is on supervised release in a 2005 drug case, is in custody and has already been ordered to serve five months in prison for violating the terms of his release.

Prosecutors handling the case, which was first reported Thursday by celebrity website TMZ, are asking that Walter remain in custody while he awaits trial, calling him a serious flight risk.

A phone message left with his lawyer wasn’t immediately returned.

Pettit was charged in federal court on Sept. 4, and his attorney has declined to comment. Pettit is scheduled to be arraigned Oct. 10.

Miller’s rhymes included frank discussion of his depression and drug use, earning him fans among some of the biggest names in hip-hop.

The Pittsburgh native whose real name was Malcolm James Myers McCormick was also in a two-year relationship with singer Ariana Grande that ended earlier in 2018. After his death, she posted an affectionate video of him on her Instagram page and released a song, “Thank U Next,” that lovingly mentioned him.

Miller is among the musicians whose deaths have been linked in recent years to opioid abuse. Prince died in 2016 when he took counterfeit pills laced with fentanyl that looked like a generic version of the painkiller Vicodin.

Matthew Roberts, guitarist for the band 3 Doors Down, also died of an overdose in 2016 and had fentanyl and hydrocodone in his system.

This story has been corrected to show that Walter’s first name is spelled Stephen, not Steven.