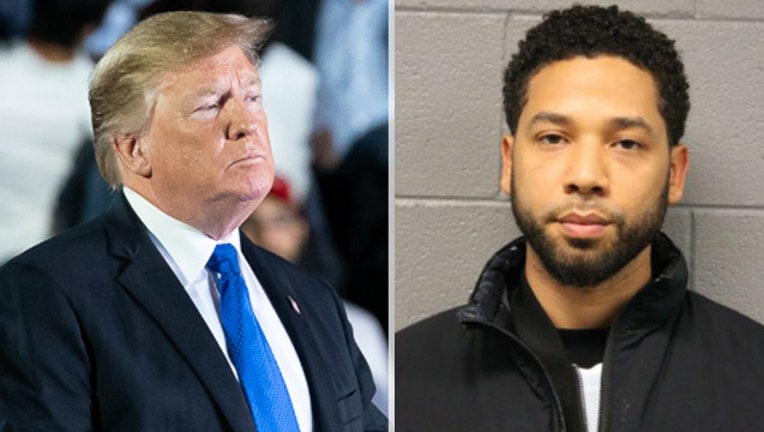 Chicago police said Thursday that Smollett staged a racist and homophobic attack against him last month because he was unhappy with his salary and wanted publicity. Smollett, who is black and gay, plays a gay character on the hit Fox television show. He reported Jan. 29 that he was attacked while walking home from a sandwich shop.

Smollett surrendered Thursday on a charge of felony disorder conduct.

Trump tweeted Thursday to Smollett: "What about MAGA and the tens of millions of people you insulted with your racist and dangerous comments!? #MAGA."