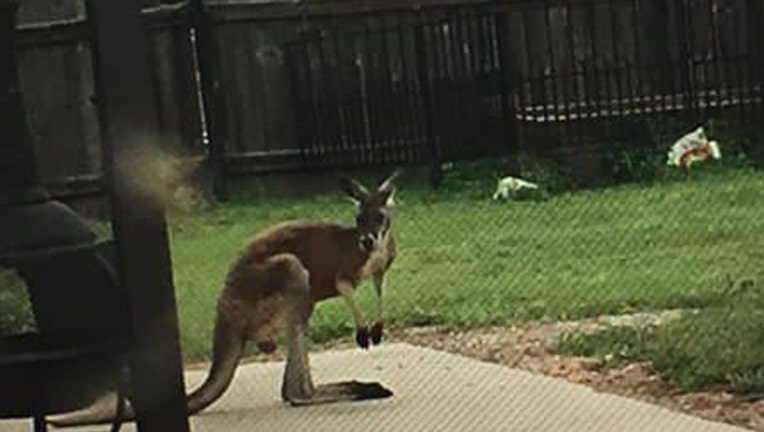 He knows where his home is and looks healthy, according to Constable Ray Helm.

The Hays County Precinct 3 Constable’s Office was alerted to a missing kangaroo on Wednesday, April 24. According to the office, he escaped from Exotic Ranch located at 1232 on Trails End Ranch sometime on Tuesday, April 23. It is on the outskirts of Wimberley, heading towards San Marcos.

According to the constable, the office believed it was a joke at first. After speaking with several witnesses who had seen the kangaroo in their backyards, the Hays County Precinct 3 Constable’s Office realized it was not a joke and began their search.

The kangaroo knows where his home is and appears to be healthy, according to Constable Helm. "He is not in any kind of danger, we just want to keep him out of the roads," explained Helms.

The owner of the kangaroo is in West Texas but should be back Sunday. Constable Helm said that his office is going to do what he can to keep the kangaroo safe until than.

Search for missing kangaroo in Wimberley