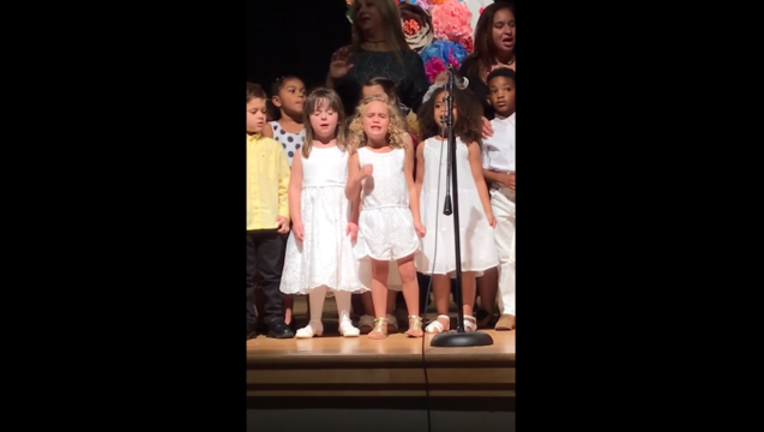 4-year-old Sophia passionately sang along to Moana's "How Far I'll Go" during her Pre-K graduation, and the video has since gone viral. (Courtesy: Michelle Neshin/Facebook)

A video of a 4-year-old girl singing her heart out has gone viral.

Little Sophia sang along with her classmates at her Pre-K graduation. For their last song, they did a rendition of Moana’s “How Far I’ll Go,” which was supposed to be “sweet and mellow.”

However, Sophia’s mother, Michelle, said “Sophia didn’t get the memo” and went all out during the performance!

The video shows the 4-year-old belting out the song, with arms wide open and stomping her feet on stage.

The original video has gained more than 8 million views on social media.

Her mother, Michelle, is grateful for all the love and support, and hopes the video of her daughter brings joy to everyone.

There’s no telling how far you’ll go when you start singing a song you're really into.