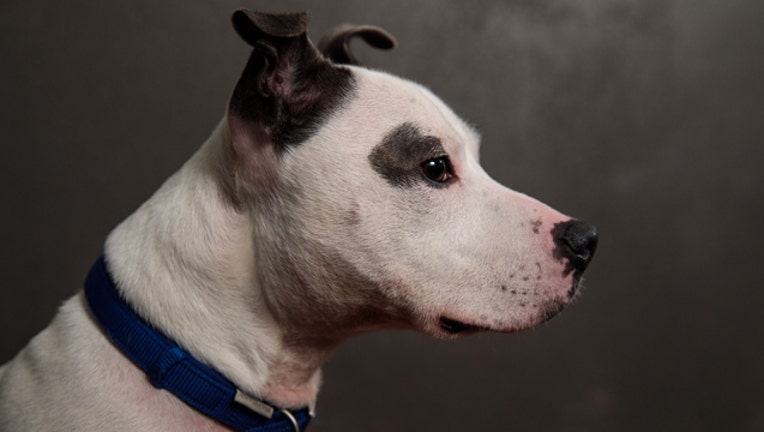 Lucas, a six year-old, Staffordshire Bull Terrier is pictured in a kennel at Battersea Dogs and Cats Home, where it has lived for 90 days on December 13, 2018 in London, England. (Photo by Jack Taylor/Getty Images)

Animals are measured for length beginning at the top of the shoulders to the base of the tail.

According to the Austin Animal Center, the promotion focuses on larger animals, who can often take longer to find forever homes. “Small dogs, puppies and kittens are relatively easy to find homes for—everyone wants a small dog, maybe because the perception is they’re easier to care for. But large dogs come with their own list of benefits, like adventure buddies, bodyguards, and portable heaters for these chilly nights”, said Jennifer Olohan, Communications and Media Manager for AAC.

The shelter currently has hundreds of dogs who qualify for the '$5 Foot Long' promotion, and of those, more than 100 have been waiting a month or longer to find a home. Cats are also eligible according to the Texas animal shelther, as long as they measure up!

More information can be found on the Austin Animal Center Facebook page.