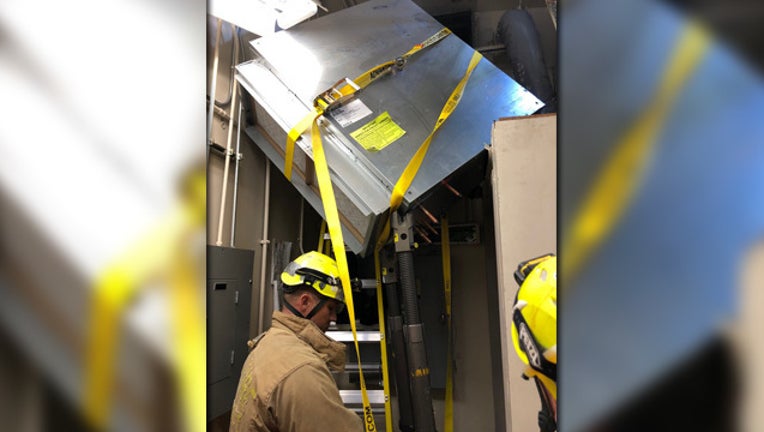 A person at Bowie High School was temporarily trapped by an air conditioning unit on Monday, according to officials.

Austin ISD says contractors were repairing an AC unit at the school when the unit slipped from ceiling and "fell behind the worker who was on the ladder." AISD says the contractor was then trapped between the ladder and the wall.

The Austin Fire Department and Emergency Management Services were able to move the unit and free the contractor.

The person was then transported to a hospital for his injuries and released, according to AISD.