A Federal Air Marshal was forced to remove his face covering on a Frontier Airlines flight.

ATLANTA - An airline passenger who had an American flag on a face covering was told he could not board a Frontier jet.

It happened at Hartsfield-Jackson Atlanta International Airport. The traveler, who was working undercover as an air marshal, was wearing a gaiter style face covering. According to sources familiar with the incident, a gate agent explained his covering might be offensive to other customers.

"I was outraged," said Ryan Weaver, who learned about the encounter from a friend -- the other marshal who boarded that flight. 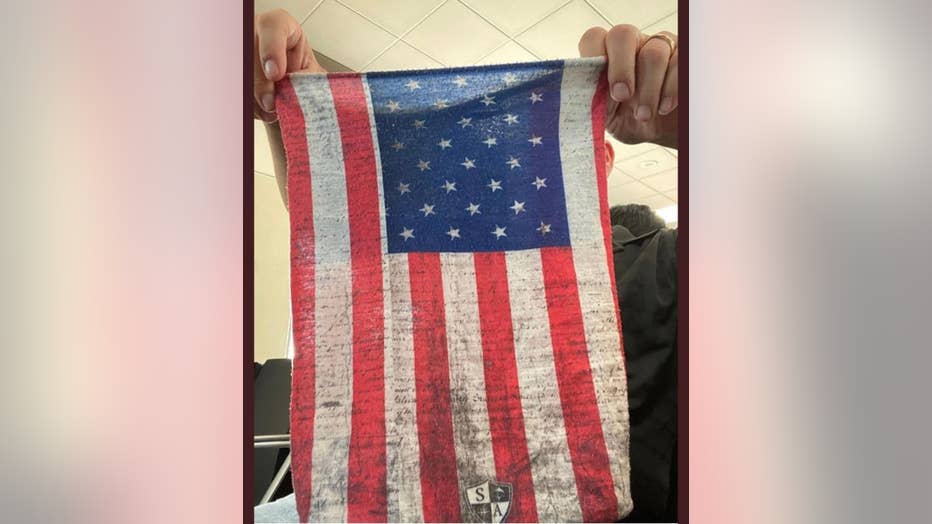 (Use with permission for FOX 5 and affiliates)

After the unidentified marshal was instructed, he could not wear his covering, he was given a generic mask to put on. He did that but put it under his gaiter covering. Ultimately, he took off his gaiter and boarded the flight to start work.

A spokeswoman for Frontier called the entire matter a misunderstanding. The airline has a policy banning certain styles of masks, but not an image of the flag, according to the airline executive.