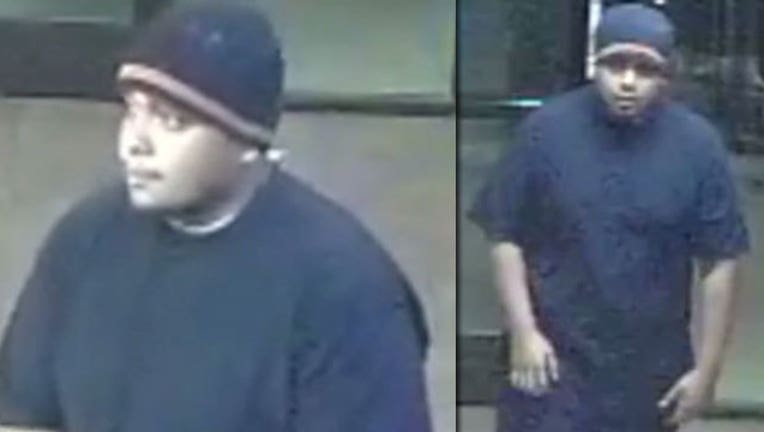 The Austin Police Department is asking the public for help in locating a suspect wanted for robbing the Jack in the Box restaurant located at 8706 East US Highway 290 on June 20.

Police say the suspect ordered food and sat down to eat. After eating the suspect went to the restroom and left a short time later wearing the red bandana concealing his face.

The suspect then entered the kitchen area and showed a knife and demanded money. Police say the suspect ran out the back door of the restaurant with an undisclosed amount of money.

This case remains under investigation by APD Robbery detectives. Anyone with information about this incident is asked to call the Robbery tip line at (512) 974-5092, Crime Stoppers at (512) 472-TIPS or text “Tip 103” + your message to CRIMES. You may be eligible for a cash reward of up to $1,000 if your tip leads to an arrest or charges being filed.