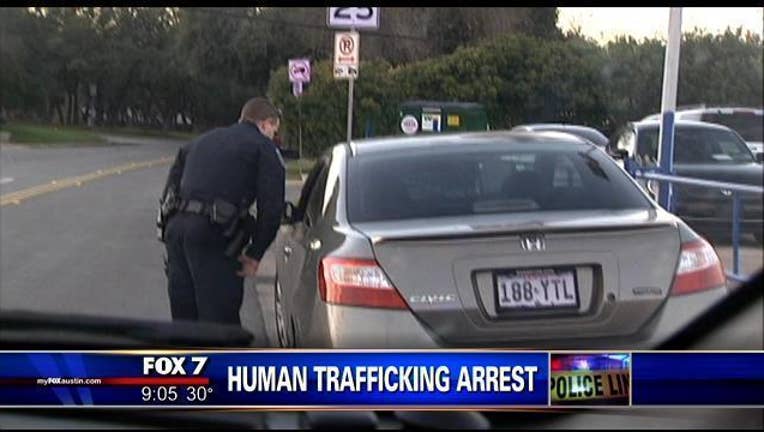 AUSTIN, Texas - The Austin Police Department is training 1,500 officers to search for missing children and teens while on patrol. That means scanning every vehicle they stop or looking for clues of trouble at every house call.

Police officers are trained extensively to search for narcotics on every traffic stop. They check the drivers' and passengers' stories about where they are headed. Do they add up? Are they impaired?

But what about looking into the relationship between the people inside the car. Why are they together? That is something Austin officers haven't done before.

"Take a typical scenario is you have an adult male traveling with a female let's say 17 years old, you stop the vehicle headed to a family reunion, but maybe their stories don't match," said Detective J.J.Schmidt.

Detective J.J. Schmidt and others in the missing persons unit investigated nearly three-thousand cases of children under 18 reported missing in 2013.

80-percent of runaways will be sexually or physically abused within 48 hours of being out alone.

Some end up being victims of human trafficking.

"You're talking about somebody that's subjected to having to be sexually assaulted 10-15-20 times a day," said Officer Rusty Weirich.

The department is the first in the state to train all patrol officers to spotting the clues of trafficking and getting kids to safety.

On Friday, Weirich was alerted to the first success story. An officer made a traffic stop at 5th Street and I-35.

"They were able to recover a 15-year-old victim who was being prostituted by a 22-year-old. They also had a 27-year-old John in the car with them at the time," said Weirich. "He told me if he hadn't taken the class that he would've written them a traffic citation and let them drive away."

Weirich says looking back he's made mistakes. The 500 some-odd officers that he has trained leave saying the same thing.

"They've come up and told me I've missed this stuff...I've seen this and I let it walk away," said Weirich.

Not anymore. In 2013, Austin police made nearly 134-thousand traffic stops. The possibility of locating children is huge.

"That's what we're doing now is getting our officers trained so they can look for these things and we can start rescuing children, finding these victims and put them in a different situation to where they can start on a path to a normal life," said Weirich.

Children don't have to be run-a-ways to become trafficking victims. Officers say the criminals are contacting kids at home through social media.

Once a child is found, victim service counselors, the Center for Child Protection and CPS will all be there to help.