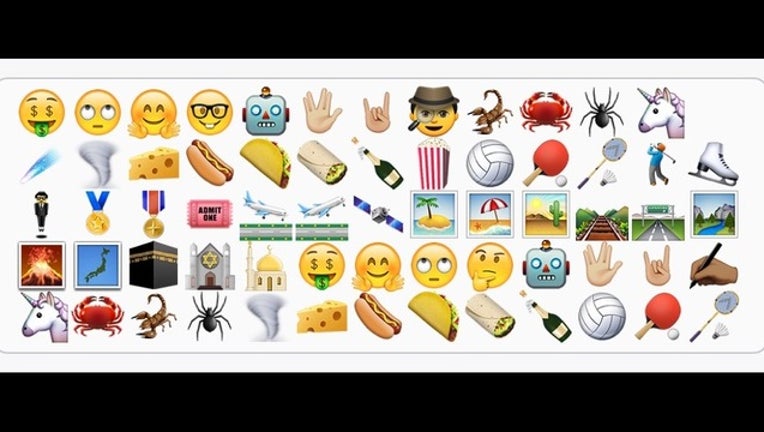 The newest iOS update 9.1 was released this week with more than 150 new emojis, including the coveted taco, a burrito, a unicorn, a middle finger, a champagne bottle and even an eye-rolling character.

iPhone users won't be able to see the new emojis in conversation and on their keyboard until they update to 9.1.

In order to do this on your iPhone, go to Settings > General > Software Update, and then download and install. You can also connect your device to a computer and update on iTunes.

The Unicode Consortium, the group overseeing emoji standards across platforms, first showed off its new emojis earlier this year.