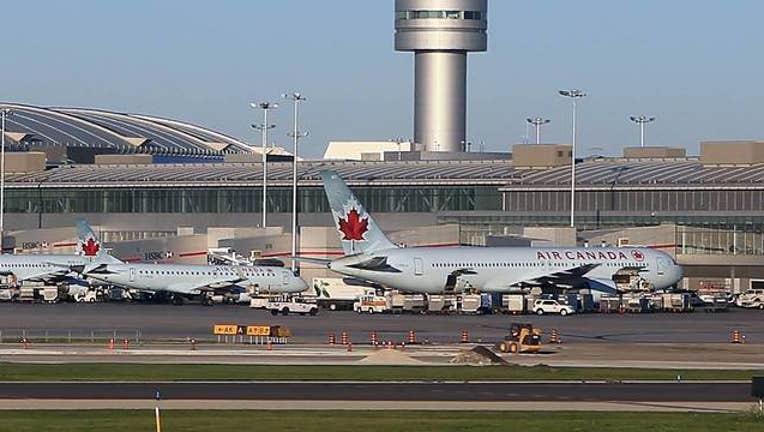 A view of Air Canada jets and the control tower at the Lester B. Pearson airport as photographed from an airplane on August 28, 2012 in Toronto, Canada. (Photo by Bruce Bennett/Getty Images)

FOX NEWS - A passenger with a very specific palate caused a major delay on an Air Canada flight over the weekend, witnesses claim.

The unidentified man had taken his seat in business class for the cross-Canada flight from Vancouver to Toronto when he became “disruptive,” demanding to be served fish and claiming he could not eat meat or gluten, CTV reported.

The flight attendants were taking meal requests from business class passengers before the plane took off, which prompted the man’s demands.