A Dallas firefighter who was seriously injured in an apartment explosion is out of the hospital.

DALLAS - A firefighter injured in a Dallas apartment complex explosion is out of the hospital and continuing his recovery at a rehab facility.

The good news for firefighter Ron Hall comes just days after Dallas police made an arrest in connection to last month’s blast.

They said when he was found, he also had a gun that matched the bullet casings fired at the scene. 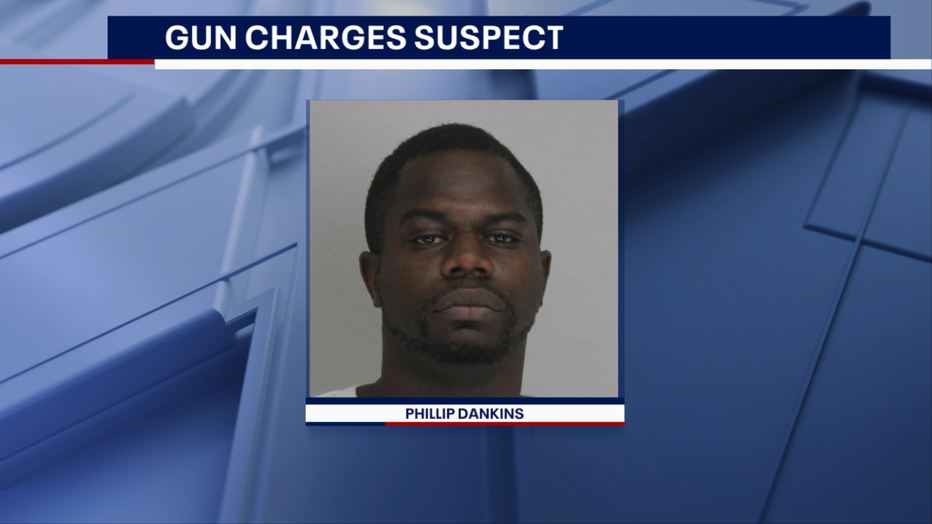 He believes God was protecting him that day.

"When I had the force field around me, protecting me, I didn’t expect to see my body in the condition it was," he said. "I mean, guys didn’t expect me to live."

He will have a long road to recovery.

Hall was already planning to retire this upcoming January. His wife was getting their home in New Mexico ready while he was trying to enjoy his final months of work with Dallas Fire-Rescue.

"Many, many meltdowns since this has happened. Now I’m sure she was cussing me half the drive here because I was in dispatch and I left dispatch to go out into the field and she was like, ‘What are you doing? What are you…’ And I said, ‘Look, Mona, it’s just going to be a few months. I just want to go out with a bang,’" he said.

That wasn’t the bang he planned, Hall joked. "Usually, I’m driving the truck. I don’t usually get off the truck on a run like that," he said.

The call they got was for a gas leak.

"I just had this sense that man this is pretty strong," he said.

Hall and two other firefighters entered the apartment not knowing that Dankins, who has since been charged, had allegedly fired several shots into the apartment.

Hall said he was only in there few a few seconds. He was beginning to tell others to leave and turn off the gas when the building exploded. 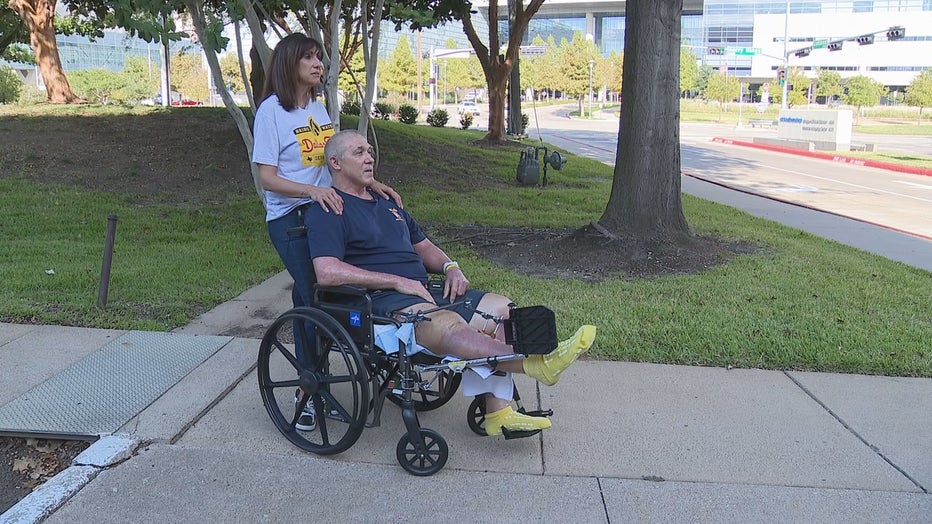 "You know, I saw my skin. Everywhere I could look I saw my skin hanging off of me. So, in my mind, based on my experience in runs – I was a paramedic for 10 years and runs that I had made — I didn’t think I had 24-48 hours to live," he said.

His burns were so bad one of his fellow firefighters didn’t recognize him.

"He comes up to me and says, ‘Hey buddy, we got another ambulance coming for you. We’re dealing with foreman right now.’ And I said, ‘Brandon! And it’s Ron!’" he said.

Hall was wearing street clothes, but those clothes were scorched.

"I was told by the paramedic that transported him that he had no clothes on. It looked like he just had a belt, and it was the waistband of his shorts," said Mona Hall, his wife.

At that point, he said he knew he was going to be okay.

"I was protected," he said. "I just couldn’t wrap my head around the fact I was going to live with what I saw of my body."

He credits faith and Parkland Hospital’s burn unit for his survival. He’s currently continuing his recovery at an in-patient rehab facility and is progressing but hates that his career is ending like this.

"I would love to go back out on a better note. I’d love to get healthy and go out on my own terms," he said.

Still, looking back in the moments following the explosion, he thought of his wife and had a sense of fear.

"That we weren’t going to be able to enjoy those golden years together," Hall said.

"We’ll watch Lifetime movies together. I would never watch one by myself but just little things, but we just enjoy each other’s company," he said.

Dallas firefighter Pauline Perez was the first to notice the smell of natural gas in the apartment. The explosion threw her 30 feet and she suffered serious burns.

A fourth firefighter, Andrew Curtis, was outside and suffered an injury to his foot.