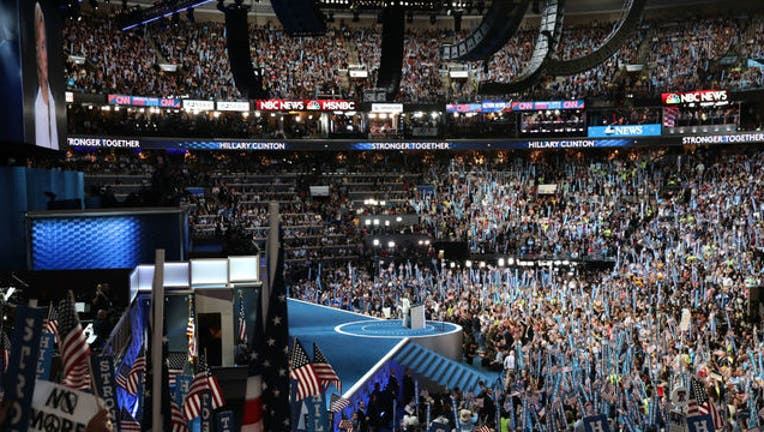 Democratic presidential candidate Hillary Clinton acknowledges the crowd at the end on the fourth day of the Democratic National Convention at the Wells Fargo Center, July 28, 2016 in Philadelphia, Pennsylvania. (Photo by Drew Angerer/Getty Images)

The Democratic National Committee's decision will take the party to the heart of the working-class upper Midwest that delivered President Donald Trump to the White House.

DNC Chairman Tom Perez picked Milwaukee over Miami and Houston. It will be the first time in more than a century that Democrats gather in a Midwest city other than Chicago to nominate their presidential candidate.

Milwaukee will be one the smallest cities to host a presidential convention, topping two other finalist cities that have hosted national political conventions and Super Bowls.