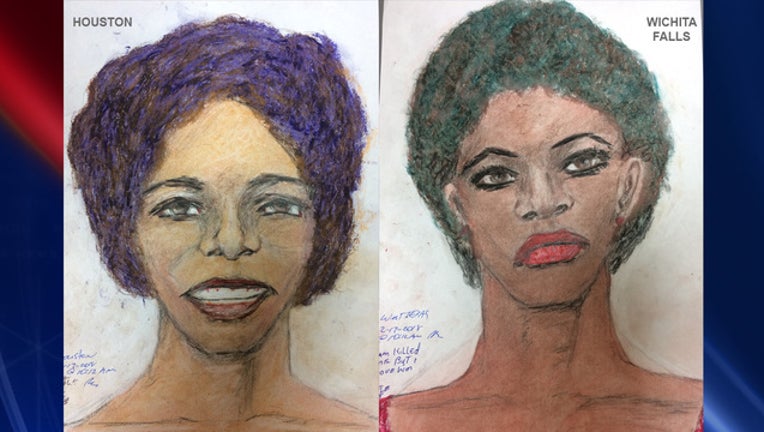 HOUSTON (FOX 26) - The FBI has released sketches drawn by an admitted serial killer of some of his victims, along with other information on a string of unsolved cold-case homicides to which investigators say the man confessed.

The bureau updated on Tuesday information it had posted in November on its website. The update included drawings made recently by admitted serial killer Samuel Little, based on his memories of some of his victims.

Among those drawings is an image of a woman that the FBI says Little admitted to killing in Houston. The woman was possibly killed between 1976 and 1979 or in 1993. She is described as a black female between the ages of 25 and 28 years old.

Another sketch shows a woman who is said to have been killed in 1976 or 1977 and her body left somewhere outside of Wichita Falls, Texas.

A full list of the sketches and details that may help identify them can be found here.

An FBI statement says Little targeted "marginalized and vulnerable women who were often involved in prostitution and addicted to drugs." The bureau hopes the information will generate tips and clues from the public that could help solve the dozens of unsolved homicides.

The FBI says Little, who's 78, is in poor health and is expected to remain in a Texas prison.

The Texas Rangers say Little to date has confessed to 90 homicides nationwide over the past four decades. Ector County District Attorney Bobby Bland in Odessa, Texas, said 50 cold homicide cases have been closed as a result and most of the unsolved homicides remaining are in California

The FBI says Little, whom the bureau said "may be among the most prolific serial killers in U.S. history," has a criminal record dating to 1956. But only recently has he opened up about the long list of killings he has said he committed. Agents who have interviewed Little say he remembers his victims and the killings in great detail, including where he was and what car he was driving. But he could provide little help on dates, creating a challenge that the FBI hopes Little's drawings can help surmount.