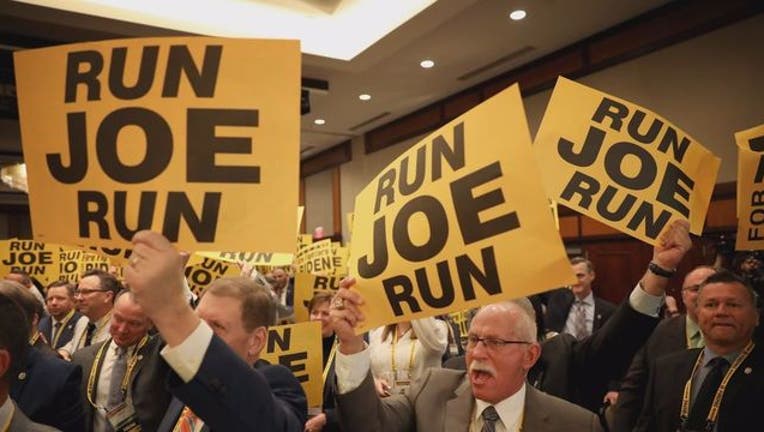 Biden, a Democrat, spoke Tuesday to a gathering of the International Fire Fighters Association.

He has not announced a presidential bid, but the audience waved "Run Joe, Run" signs. Biden asked them to save their energy a little longer, because "I may need it in a few weeks."

Biden repeatedly ripped into Republicans, questioning those who oppose collective bargaining rights, saying: "Who the hell are these guys?"

He also criticized the Republican-championed tax cut signed into law by Trump, arguing they benefit the wealthy at the expense of the middle class.