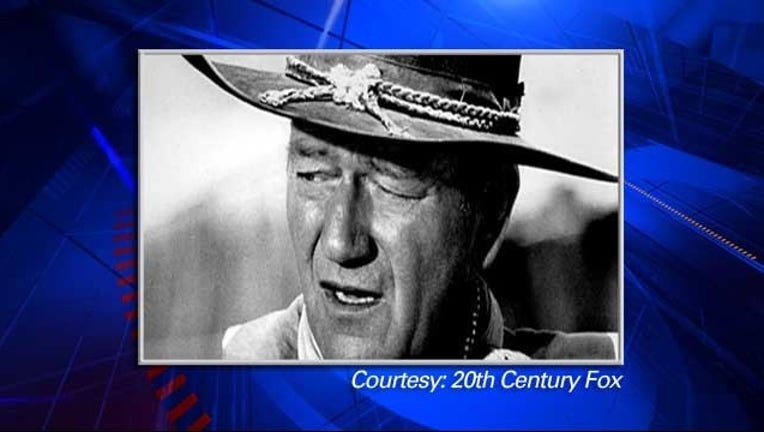 An avid collector of movie memorabilia, Patrick wore the coat as he presided over the Senate Tuesday.

He declared it John Wayne Day in Texas to mark the Hollywood legend's 108th birthday and named the actor an honorary Texan.

There were proclamations from the House, Senate and Gov. Greg Abbott. Senators told Wayne's visiting children and grandchildren of their love for movies including "True Grit," ''The Searchers," and "Rio Bravo."

Sen. Judith Zaffirini, whose district is near the set of Wayne's 1960 movie "The Alamo," quoted her favorite Wayne-ism: "Talk low, talk slow, and don't say too much."