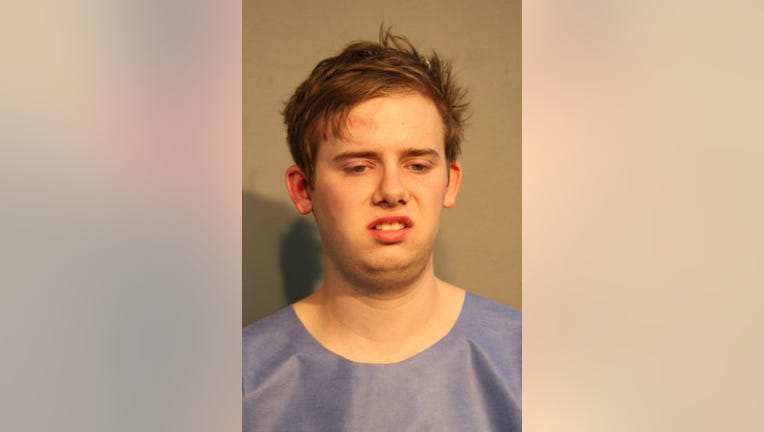 CHICAGO - A 21-year-old man is facing charges after saying he was infected with coronavirus and coughing into Chicago police officers’ faces Sunday in Rogers Park on the North Side.

Officers responded to a call of a crash about 8 a.m. in the 7400 block of North Wolcott Avenue, police said. Ponzi was driving his gray Jeep the wrong way on Wolcott when he collided into another car, go out of his Jeep and attacked the other driver.

When officers arrived, they saw Ponzi being aggressive, slurring his speech, swaying and foaming at the mouth, police said. As the officers tried to speak with him, Ponzi coughed in the officers’ faces and told them he had COVID-19.

Ponzi was arrested and taken to St. Francis Hospital in Evanston, where he told staff he didn’t have the virus, police said.

He was scheduled to appear in court Monday.