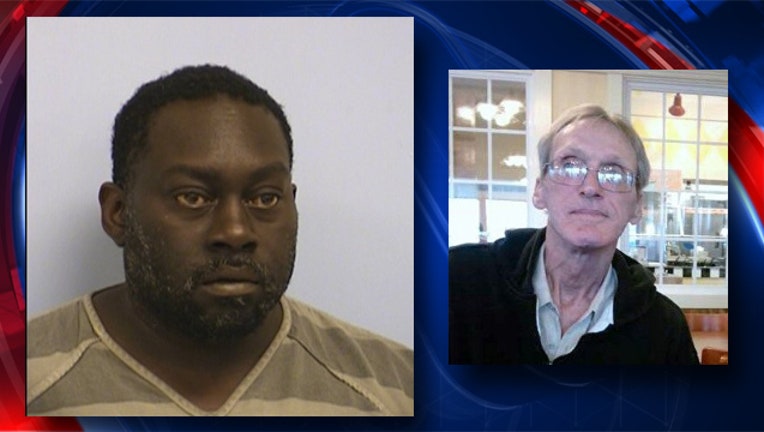 "An arrest has been made in the murder of Dennis Stoneburner (RIGHT). Cornell Loving, 49, (LEFT) was taken into custody on October 27, 2018 by the Lonestar Fugitive Taskforce." (Austin Police Department)

The Austin Police Department has made an arrest in the murder of 63-year-old Dennis Stoneburner.

Stoneburner was involved in a physical disturbance, during which time he sustained significant injuries, on Wednesday, October 3. He died on Friday, October 19 from trauma-related complications.

According to police, 49-year-old Cornell Loving, 49, was taken into custody on October 27, 2018 by the Lonestar Fugitive Taskforce. Loving is currently facing charges for parole violation and first degree murder.

The investigation into Mr. Stoneburner’s death is ongoing.

Homicide investigators are continuing to interview witnesses and there is now a $1,000 reward for information leading to a conviction. APD is encouraging anyone that was present at the time of the assault or anyone who may have video footage of the assault to call the Homicide Tip Line at 512-477-3588, Crime Stoppers at 512-472-TIPS, text "Tip 103" + your message to CRIMES or use the new Crime Stoppers App or email APD Homicide at homcide.apd@austintexas.gov. You can also submit tips by downloading APD’s mobile app, Austin PD, for free on iPhone and Android.