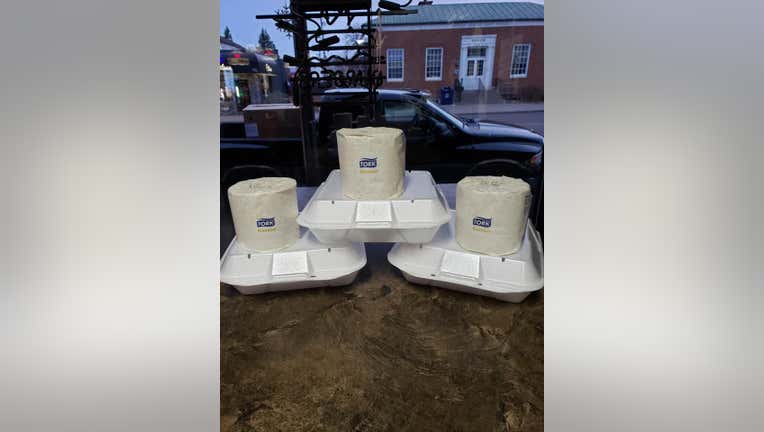 CAMBRIDGE, Minn. (FOX 9) - Some customers picking up their take-out orders from Cambridge Bar and Grill may have received an unusual pairing with their food. With all orders totaling more than $25, the restaurant is also giving out a free roll of toilet paper.

“When the customers get their order, you hear a genuine laugh and that’s the best thing right now,” said Sean Okerlund, the owner of the Cambridge Bar and Grill.

Toilet paper has been hard to find at grocery stores amid the novel coronavirus pandemic. Okerlund says he gets his toilet paper from a commercial supplier in order to keep his restaurant stocked. With dine-in service temporarily suspended due to Governor Tim Walz's order, he found he had some to spare. Since dining sales are down due to the closures, the idea came to life to promote the switch to take-out only.

In the midst of stressful times, he says it's his way of rolling with the punches.

"I wanted to do something nice, I'm not making fun of it, I just hope it puts a smile on people's faces," said Okerlund.

Wednesday marked the first day of the promotion, which is still ongoing. Cambridge Bar and Grill is open for take-out from 11 a.m. to 8 p.m.