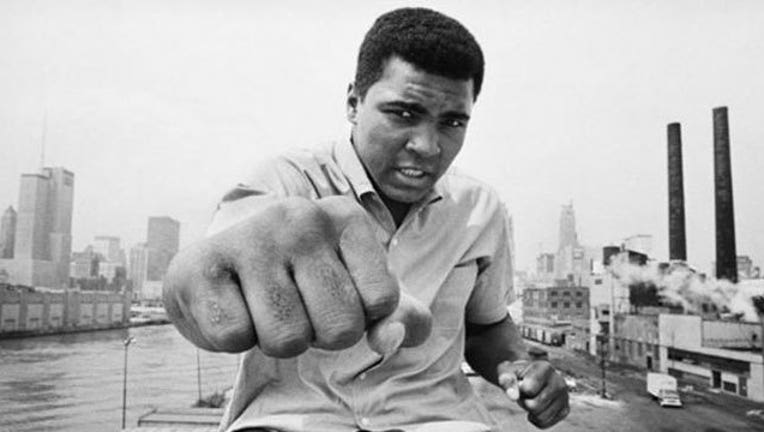 STUART, Fla. (AP) — President Barack Obama, who keeps a pair of boxing gloves worn by Muhammad Ali in his private study off the Oval Office, said Saturday that Ali "shook up the world and the world is better for it."

Obama likened Ali, who died Friday, to other civil rights leaders of his era, and said the boxer stood with Martin Luther King Jr. and Nelson Mandela in fighting for what was right. Ali defied the military draft at the height of the Vietnam War and lost 3½ years from the prime of his career. He also joined the Black Muslims and changed his name from Cassius Clay. His fight outside the ring would cost him his title and his public standing, but he stood his ground, Obama noted.

"He wasn't perfect, of course. For all his magic in the ring, he could be careless with his words, and full of contradictions as his faith evolved," Obama said in a statement with first lady Michelle Obama. "But his wonderful, infectious, even innocent spirit ultimately won him more fans than foes — maybe because in him, we hoped to see something of ourselves."

The president keeps Ali's gloves underneath a photograph of the young heavyweight champion standing over defeated Sonny Liston in 1965. Obama said he was too young to understand the brash fighter when that picture was taken. He said over time that he came to understand that Ali was more than a skilled fighter or "poet on the mic." Rather, Ali was a man who "who fought for us," Obama said.

Obama said that after Ali's boxing career ended, he became an even more "powerful force for peace and reconciliation around the world." He said Ali visited sick children and those with disabilities and told them that they, too, could become the greatest.

And while Ali battled Parkinson's disease later in life, it "couldn't take the spark from his eyes," Obama said.

On his Twitter, Obama account posted a picture of himself earlier in his presidency, sitting underneath the photo he keeps of Ali. "Rest in peace, Champ," Obama tweeted.

This story has been corrected to reflect that the Ali-Liston photo was from 1965, not 1964.