House Speaker Nancy Pelosi is reportedly crafting a bill that would bring $750 billion in aid to states and local governments.

WASHINGTON - House Speaker Nancy Pelosi is reportedly drafting legislation that would assist states and local governments that have seen their economy contract amid the coronavirus pandemic, but any new bill is expected to face resistance from Republicans who’ve said they have been largely left out of negotiations.

The Wall Street Journal reported Sunday that the legislation may be completed this week and inject more than $750 billion into state and local governments’ coffers. The report pointed out that House Democrats have not engaged with the GOP-controlled Senate and Republican representatives.

Rep. Greg Walden,  R-Ore., said, “We’ve really not been invited into those discussions yet.”

Another 3.2 million U.S. workers applied for jobless benefits last week, bringing the total over the last seven weeks to 33.5 million.

Axios reported that President Trump has said he is “in no rush” to negotiate a new deal.

Treasury Secretary Steven Mnuchin seemed to echo Trump’s approach to any new bill. Mnuchin, who was on Fox News Sunday, said he would like to spend a few weeks discussing the next steps.

“What the president and I are now saying is we’ve spent a lot of money, a lot of this money is not even into the economy yet, " Mnuchin said, adding, "we just want to make sure that before we jump back in and spend another few trillion of taxpayers’ money that we do it carefully." 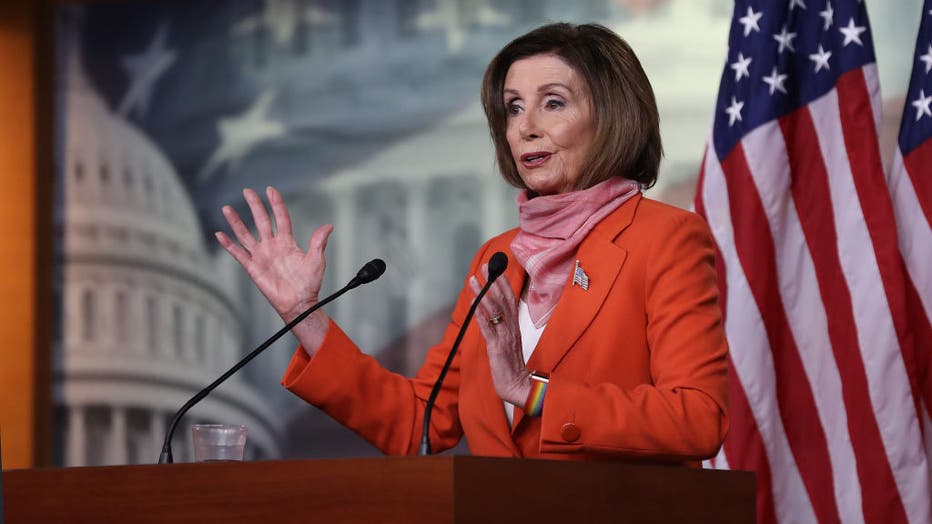 Mnuchin says that increased testing and the prospect of better treatments will give businesses and workers the confidence to reopen in a careful way. He says, ”you are going to have a very, very bad second quarter. And then I think you’re going to see a bounce-back from a low standpoint.”

Fox News' Ronn Blitzer and the Associated Press contributed to this report. Get updates on this story from foxnews.com.