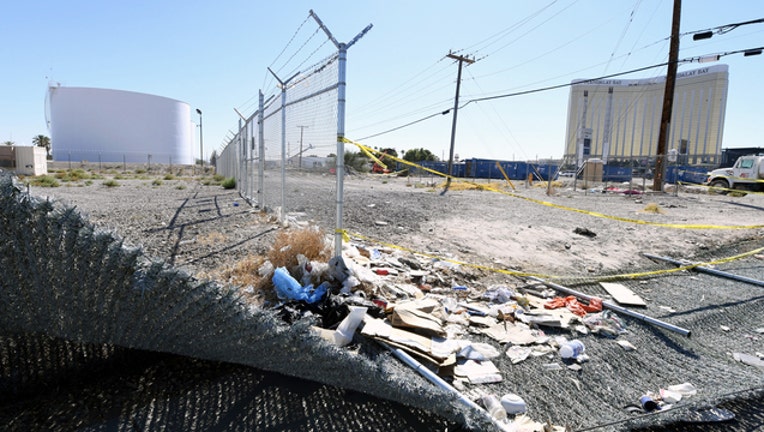 LAS VEGAS (AP) - Accounts of Las Vegas police collecting bloody bullet fragments at hospitals and detectives tracing weapons purchases in five states were among the records released Wednesday from the investigation of the deadliest mass shooting in modern U.S. history.

There were no new revelations among the more than 750 pages of documents, and authorities have not determined a motive for the 2017 carnage that killed 58 people and injured more than 850 others at an outdoor concert.

Police and the FBI have each concluded investigations, saying 64-year-old shooter Stephen Paddock acted alone and was not inspired by any outside group or ideology.

FBI profilers determined Paddock -- a high-stakes video poker player and former accountant -- might have been seeking infamy and trying to follow in the criminal footsteps of his bank robber father, who made the agency's most-wanted list in the 1960s.

Police said the 35th batch of material released since May under court order in a public records lawsuit will be the last.

It included transcribed statements from some of the first officers to reach the 32nd floor suite in a high-rise hotel where the gunman sprayed bullets into the open-air country music concert below before killing himself.

Previous releases of material included body-camera video from most of those officers.

Police and coroner's investigators said 31 bodies were recovered from the site in the hours after the shooting. Twenty-seven other people died at hospitals.

Names and most identifying references were blacked out in the reports. One Texas Christian University student told police she felt pain in her foot before finding refuge in a hotel and discovering she had a wound to her toe and a bullet fragment in her boot.

A handwritten statement from another unidentified woman ended with a comment about initial reports that 500 people had been injured.

"There were 22,000 victims who are forever changed," she said referring to the size of the concert crowd.