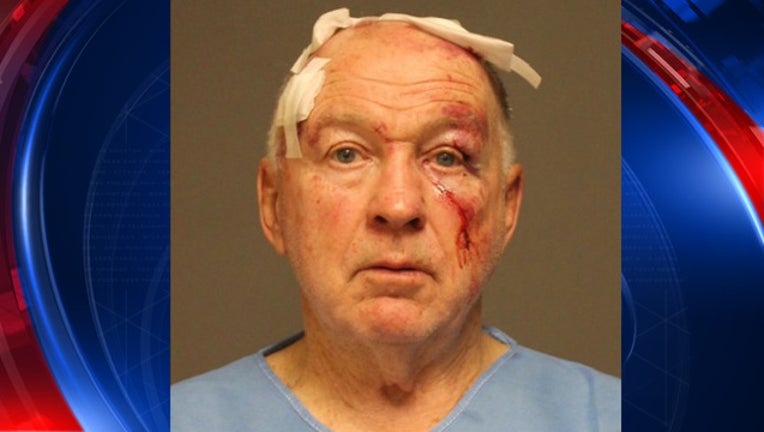 (FOX News) -- A woman in Connecticut was using an iPad app to track her ex-husband's whereabouts when the man suddenly burst into her son's home Sunday and shot her dead, officials said.

The Fairfield Police Department said James Taylor, 75, was charged with murder, home invasion, burglary and illegal discharge of a firearm in the incident at a home about 50 miles northeast of New York City.

Authorities said Catherine and James Taylor divorced about 25 years ago but had lived together until May, when he told her to move out. She moved back to a cottage on the property in May and, on Friday, James allegedly got into an argument with his 70-year-old ex-wife and her son, saying "things were going to get bad" for her, FOX 61 reported.

"It seemed like there was a buildup in the relationship that it started to boil over," Capt. Robert Kalamaras of the Fairfield Police Department told FOX 61.

Police were called Friday to the home after Catherine and her son accused the 75-year-old of trying to steal their pickup trucks, The Hartford Courant reported. No arrests were made, but police said Catherine moved into her son's home after the dispute.

During the weekend the 70-year-old reportedly found out she could track her ex-husband's phone using the "find my phone" app on her iPad because they still shared a family plan for their phone service, according to a police report obtained by the Connecticut Post.

While monitoring his whereabouts on Sunday, she realized he was approaching her home around 9 p.m. and shortly thereafter, he allegedly broke in and shot her to death, the Post reported.

Continue reading this story on FOXNews.com.