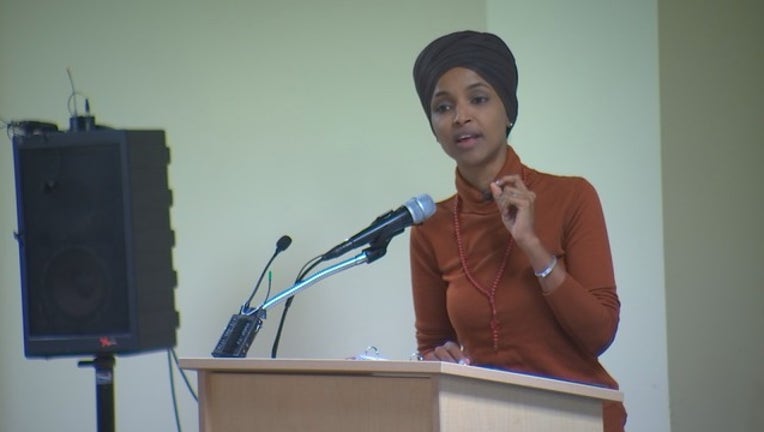 MINNEAPOLIS (FOX 9) - In a tweet Wednesday, Rep. Ilhan Omar shared the frightening text of a threat made against her while addressing security detail supporting her at an event in Minneapolis.

Rep. Omar posted the image while responding to a tweet by a reporter who shared a photo of her security on Tuesday.

In her message, Rep. Omar wrote, "I hate that we live in a world where you have to be protected from fellow humans. I hated it as a child living through war and I hate it now."

She added, "But until deranged people like this stop threatening my life and the lives of others, I have to accept the reality of having security."

The racist and threatening message warns Omar and others could be targeted by a person with a "big gun" at the Minnesota State Fair.

The message certainly is far from the first threat Rep. Omar has faced since taking office and facing the ire of President Trump. In April, Rep. Omar's office reported an increase in death threats against the congresswoman after the president tweeted a video suggesting Omar was dismissive of the September 11 terrorist attacks.

The tweet comes as Rep. Omar avoided press questions Wednesday over allegations her campaign spent more than $77,982 to cover travel costs for a consultant that she is accused of engaging in an affair with.