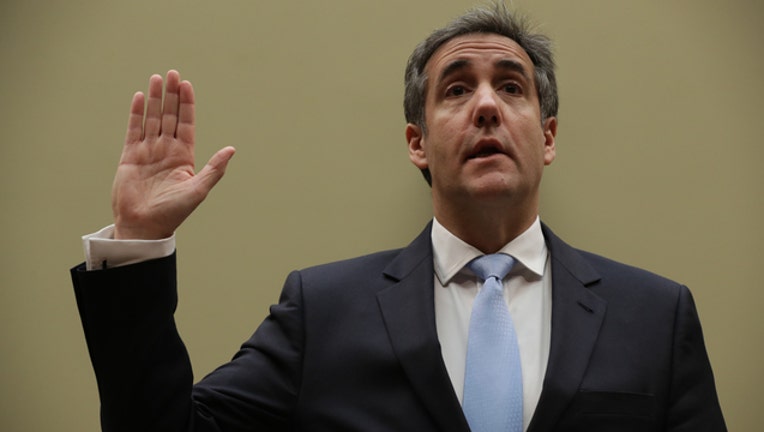 Michael Cohen, former attorney and fixer for President Donald Trump is sworn in before testifying before the House Oversight Committee on Capitol Hill February 27, 2019 in Washington, DC. (Photo by Chip Somodevilla/Getty Images)

Cohen is about to begin a three-year prison term and has stated he would not ask for or accept a pardon from Trump; however, the Wall Street Journal is reporting that Cohen's lawyer raised the possibility of a pardon with attorneys for the president, following a raid of Cohen’s properties last April by the Federal Bureau of Investigation.

Investigators for the House Judiciary Committee are now looking into the matter.

Cohen called his former boss a racist, testifying he was aware of an adviser's talks with WikiLeaks about stolen Democratic emails during the 2016 campaign and alleging he oversaw an array of illicit schemes during the 10 years they worked together.

Cohen outlined a slew of other alleged misdeeds by Trump, including lying about his total assets to reduce his taxes and even trying to strong-arm academic officials into keeping his SAT scores and grades secret.  Trump has tweeted that Cohen was "lying in order to reduce his prison time."

Some information taken from FoxNews.com.