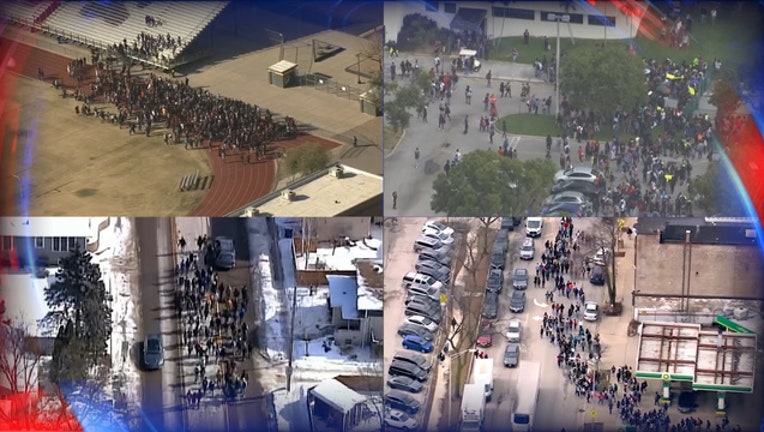 Fifteen North Carolina students have been suspended for walking out of class during a nationwide protest against gun violence, but their principal also lauded their resolve.

Principal Phillip Lampron told the students that if they returned to class immediately, they wouldn't be punished. One student returned, but the other 15 didn't and were given in-school suspensions.

Lampron said he told the students he was proud of them for standing up for what they believed in and for facing the consequences.

Elsewhere, a student in New Mexico faced suspension after he was only one walk out of a suburban Albuquerque middle school.

Tens of thousands of students have walked out of their classrooms this week to demand action on gun violence and school safety.

The demonstrations were some of the biggest by students in decades and extended from Maine to Hawaii as students joined the youth-led surge of activism set off by the Feb. 14 massacre at Marjory Stoneman Douglas High School in Parkland, Florida.

Students around the U.S. bowed their heads in honor of the dead. They also carried signs with messages like "Never again" and "Am I next?" And they railed against the National Rifle Association and the politicians who support it.

At some schools, hundreds of students poured out. At others, just one or two walked out in defiance of administrators.