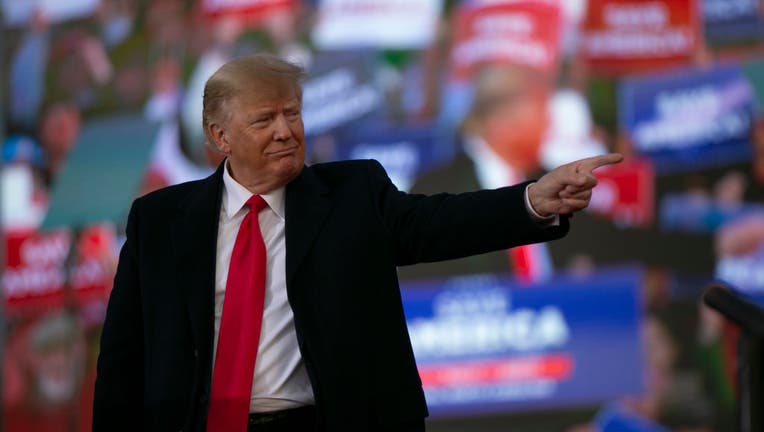 SELMA, NC - APRIL 09: Former U.S. President Donald Trump speaks at a rally at The Farm at 95 on April 9, 2022 in Selma, North Carolina. The rally comes about five weeks before North Carolinas primary elections where Trump has thrown his support behin

WASHINGTON (AP) - The State Department says it is unable to compile a complete and accurate accounting of gifts presented to former President Donald Trump and other U.S. officials by foreign governments during Trump’s final year in office, citing missing data from the White House.

In a report published in the Federal Register, the department says the Executive Office of the President did not submit information about gifts received by Trump and his family from foreign leaders in 2020. It also says the General Services Administration didn’t submit information about gifts given to former Vice President Mike Pence and White House staffers that year.

The State Department said it sought the missing information from National Archives and Records Administration and the General Services Administration, but was told that "potentially relevant records" are not available because of access restrictions related to retired records.

The State Department’s Office of Protocol reported the situation in footnotes to a partial list of gifts received by U.S. officials in 2020. The office publishes such lists annually in part to guard against potential conflicts of interest. A preview of the 2020 report was posted on the Federal Register website on Friday ahead of its formal publication on Monday.

In a rebuff to former President Donald Trump, the Supreme Court is allowing the release of presidential documents sought by the congressional committee investigating the Jan. 6 insurrection.

The report notes that the lack of gift information could be related to internal oversights as the protocol office neglected to "submit the request for data to all reporting agencies prior to January 20, 2021," when the Trump administration ended and the Biden administration began. However, it also noted that there had been a "lack of adequate recordkeeping pertaining to diplomatic gifts" between Jan. 20, 2017, when Trump took office, and his departure from the White House four years later.

The State Department report comes as House lawmakers have opened an investigation into reports that Trump had taken boxes of classified materials with him to his Mar-a-Lago residence in Florida after leaving office last year. The National Archives and Records Administration has asked the Justice Department to look into the matter.

The House panel investigating the Jan. 6 insurrection at the Capitol, meanwhile, has identified an almost 8-hour gap in official White House records of Trump’s phone calls as the violence unfolded and his supporters stormed the building, according to two people familiar with the probe.

Regarding the 2020 gifts, the department said it had "made attempts to collect the required data from the current authoritative sources ... but it has confirmed that potentially relevant records are not available to the State Department’s Office of the Chief of Protocol under applicable access rules for retired records of the Executive Office of the President and the Office of the Vice President."

"As a result, the data required to fully compile a complete listing for 2020 is unavailable," it said.