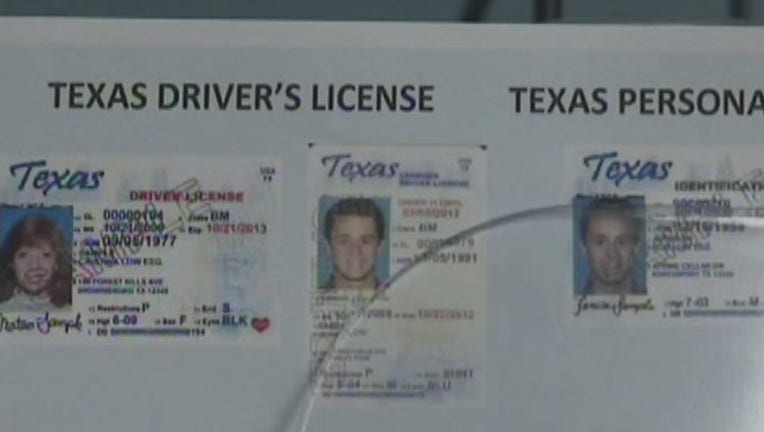 AUSTIN, Texas (AP) — Texas agreed Wednesday to weaken its voter ID law, which federal courts have said discriminated against minorities and the poor and left more than 600,000 registered voters potentially unable to cast a ballot.

The state worked fast to soften the law before November's election, moving from requiring voters to show one of seven forms of suitable ID — a list that included concealed handgun permits, but not college IDs — to letting those without such an ID to sign an affidavit. That will allow them to cast a regular full ballot, and their vote will be counted.

Texas must also spend at least $2.5 million on voter outreach before November, according to the agreement submitted to U.S. District Judge Nelva Gonzales Ramos, who must still approve the changes.

The changes come as judges across the U.S. are blocking several Republican-controlled states from imposing stricter election rules this November. Donald Trump referenced the rulings Tuesday while reiterating his concerns that the presidential election will be "rigged" against him.

North Carolina last week was found to have not only discriminated against minorities but passed tougher election rules with the intent on doing so. A court isn't done considering whether Texas had the same motives, but for now, the state and U.S. Justice Department agreed on looser voter ID rules to get through this election year.

The joint proposal was the result of negotiations between Texas, the Justice Department and minority rights groups who sued over the 2011 law, which a federal appeals court said last month violated the federal Voting Rights Act.

"The provisions we've agreed to now are critical safeguards for voters," said Houston attorney Chad Dunn, one of the lead attorneys in the lawsuit against Texas. "It's a critical leap forward."

Texas Attorney General Ken Paxton signaled the fight wasn't over despite the compromise for this election and didn't rule out eventually going to the U.S. Supreme Court.

"This case is not over," Paxton spokesman Marc Rylander said. He said the law has wide support in Texas to defend the integrity of elections.

In 2014, Gonzales Ramos accepted findings from opponents that more than 600,000 Texas voters lacked a suitable ID under the law, which is 4.5 percent of all registered voters in the state.

More than 30 states have some form of voter ID rules. But President Barack Obama's administration in recent years joined the fight on a new breed of voter ID laws passed in Republican-controlled statehouses, sending the U.S. Justice Department to join lawsuits in Texas and North Carolina.

Other states also have had election rules sidelined for the coming November election. In addition to the North Carolina law that required photo identification, federal courts loosened a similar measure in Wisconsin and halted strict citizenship requirements in Kansas.

North Dakota's voter identification requirements is on hold after a federal judge Monday sided with a group of American Indians who said the law unfairly burdens them.

Trump, the GOP presidential nominee, speculated this week that people without proper identification "are going to vote 10 times" during an interview on Fox News Channel's "The O'Reilly Factor." Trump suggested at a rally Monday that he fears the general election "is going to be rigged" without offering any immediate evidence.

"You don't have to have voter ID to now go in and vote and it's a little bit scary," Trump said on Fox News.

The proposed Texas changes would require registered voters to, in addition to signing an affidavit, present a certified birth certificate, utility bill, bank statement, a paycheck or a government document. Election officials would be prohibited from questioning a voter's inability to obtain an ID under the Texas law.

The compromise far from ends the legal battle over the Texas voter ID law. In additional to ordered the law weakened for November, the New Orleans-based 5th U.S. Circuit Court of Appeals also wants the lower court to again review whether Texas passed the restrictions with the intention of discriminating against minorities.