WWE superstars set to participate in Friday’s SmackDown were delayed leaving Saudi Arabia due to aircraft issues, but the show will go on with appearances from Daniel Bryan, The Miz and more.

BUFFALO, N.Y. - WWE superstars set to participate in Friday night’s SmackDown in New York were delayed leaving an event in Saudi Arabia due to aircraft issues — but the show will still go on with some “surprises,” the WWE said.

More than 175 superstars, production crew and employees boarded a 747 charter flight back to the U.S. on Thursday after the WWE Crown Jewel event in Riyadh. 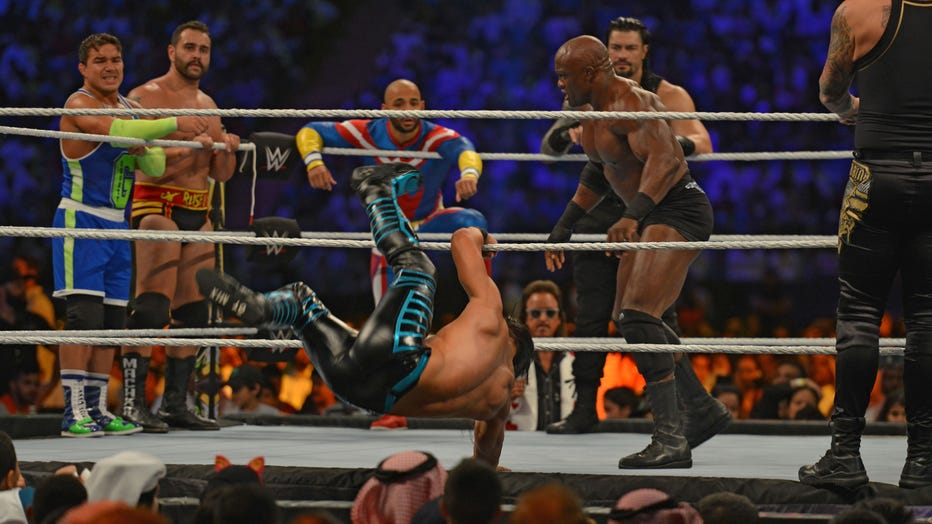 Due to several aircraft problems, including mechanical issues, all passengers sat on the tarmac for more than six hours, the WWE said.

“With SmackDown set to emanate live from Buffalo, N.Y., several superstars felt so strongly that they arranged for their own separate charter in order to make it back to the U.S. for the show,” the company said in a statement. “Due to unforeseen issues, that charter will not land until after the live broadcast on FOX.”

The company said the remainder of WWE’s superstars, staff and crew will depart on a charter set to leave Saudi Arabia later Friday night.

“As always with WWE, the show must go on,” the company said.

As a result — SmackDown, which airs live at 8 p.m. ET Friday on FOX, will feature superstars such as Daniel Bryan, The Miz, Carmella, Nikki Cross, Dana Brooke and “additional surprises.”