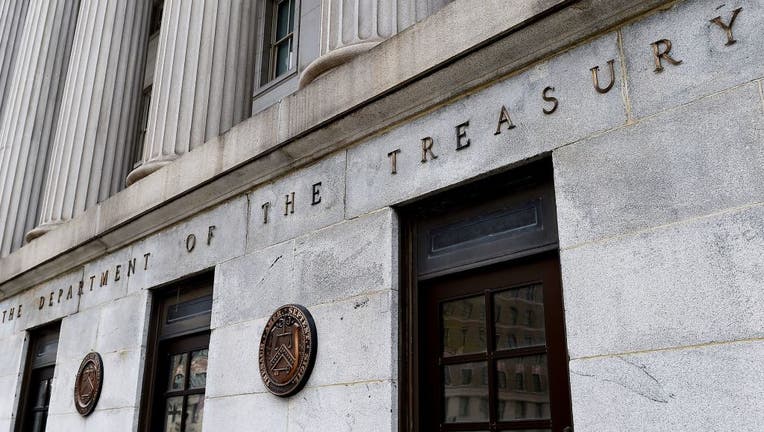 An exterior view of the building of US Department of the Treasury is seen on March 27, 2020 in Washington, DC. Multiple Native American tribes have sued the federal government over distribution of COVID-19 relief. (Photo by OLIVIER DOULIERY/AFP via G

FLAGSTAFF, Ariz. (AP) - Several Native American tribes sued the federal government Friday, seeking to keep any of the $8 billion in federal coronavirus relief for tribes kept out of the hands of for-profit Alaska Native corporations.

The U.S. Treasury Department is tasked with doling out the money by April 26 to help tribes nationwide stay afloat, respond to the virus and recover after having to shut down casinos, tourism operations and other businesses that serve as their main moneymakers.

The Confederated Tribes of the Chehalis Reservation and the Tulalip Tribes in Washington state, the Houlton Band of Maliseet Indians in Maine, and the Akiak Native Community, Asa’carsarmiut Tribe and Aleut Community of St. Paul Island in Alaska filed the lawsuit in U.S. District Court in Washington, D.C.

The U.S. Treasury Department, named as the defendant, did not immediately return an email seeking comment.

Already, tribes had raised questions about the distribution of the funding.

“It is what Indian Country will rely on to start up again," said Cherokee Nation Principal Chief Chuck Hoskin Jr. “And Congress surely didn't intend to put tribal governments, which are providing health care, education, jobs, job training, and all sorts of programs, to compete against these Alaska corporate interests, which looks like a cash grab.”

The Interior Department, which oversees the Bureau of Indian Affairs, said Alaska Native corporations are eligible for the funding, pointing to a definition that includes them as an “Indian Tribe” in the federal bill. The corporations are unique to Alaska and own most Native lands in the state under a 1971 settlement but are not tribal governments.

Tribes argue that the Interior Department has taken a limited view of the definition and that Congress intended for the money to go to the country's 574 federally recognized tribes that have a government-to-government relationship with the U.S.

The Treasury Department posted a form online Monday for tribes to submit information to get funding, including their land base, number of tribal citizens, corporate shareholders, employees and spending. The deadline to respond is Friday. 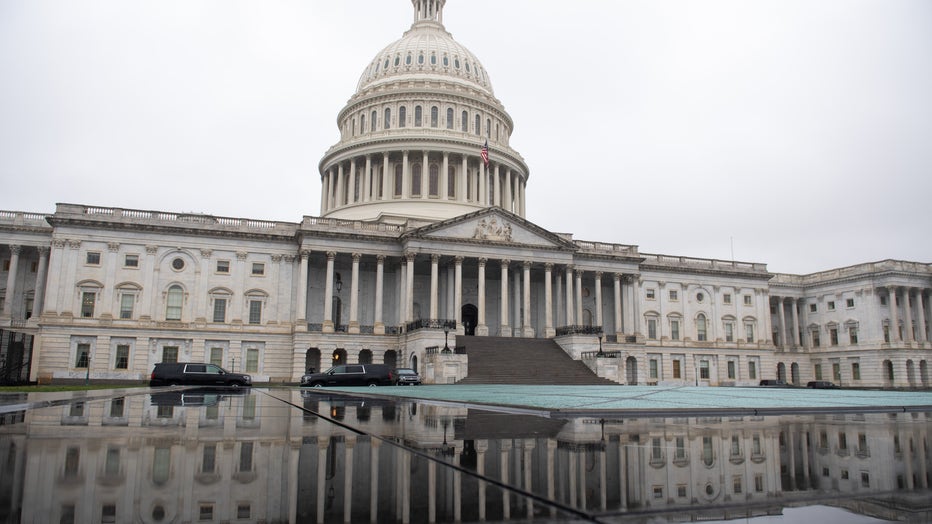 An ambulance sits outside the US Capitol in Washington, DC, March 23, 2020.

It’s unclear how the agency will decide which tribe gets what.

For some tribes, Monday was the first time they saw any mention that Alaska Native corporations would be eligible for tribal funding. They had to respond quickly because the deadline to weigh in on the funding formula was the same day.

Jonodev Chaudhuri, chairman of the Indian Law and Policy Group at the law firm Quarles and Brady LLP, said the timing is concerning.

“The federal government's responsibility to consult with tribal nations is based on not only longstanding policies, but it's also based on important standards of respect,” said Chaudhuri, a former Interior Department official. “Consultation is to be meaningful and timely."

Federal officials held two talks with tribes by phone April 2 and April 9, drawing more than 3,000 participants, according to the Interior Department. Tara Sweeney, who oversees the Bureau of Indian Affairs, held a separate call with Alaska interests Monday.

Some tribes have suggested that Sweeney has personal motives in ensuring Alaska Native corporations receive funding. An Inupiaq Eskimo from Alaska’s North Slope, she worked for nearly two decades for the Arctic Slope Regional Corp. — one of the largest and most profitable of the Native corporations in Alaska.

The Interior Department said Sweeney has not made that recommendation and supports all indigenous people in the U.S.

“To suggest she has personal motives or that she is attempting to divert funds away from American Indians is completely false,” the department said in a statement. “Her approach has always been focused on inclusiveness, transparency and partnerships.”

Senate Minority Leader Chuck Schumer accused Sweeney in a tweet Thursday of diverting funds for tribal governments to the corporations.

She responded with her own tweet: “Even for you, this is an ignorant and despicably low attack that could not be further from the truth. Perhaps you should read the law you negotiated and voted for as Alaska Natives are entitled to receive the funding from @USTreasury.”

The Alaska Federation of Natives supported Sweeney, saying if the Interior Department was deviating from the law, the agency's solicitor would have taken action. Alaska has nearly 230 federally recognized tribal governments.

The Great Plains Tribal Chairmen's Association, the Inter-Tribal Council of Five Civilized Tribes, the National Congress of American Indians and the Navajo Nation also said Alaska Native corporations should not be on par with tribal governments.

The Navajo Nation has reported more coronavirus cases than any other Native American tribe. As of Friday, it had 1,127 cases among the 175,000 residents of the vast reservation that extends into New Mexico, Arizona and Utah. Deaths total 44.