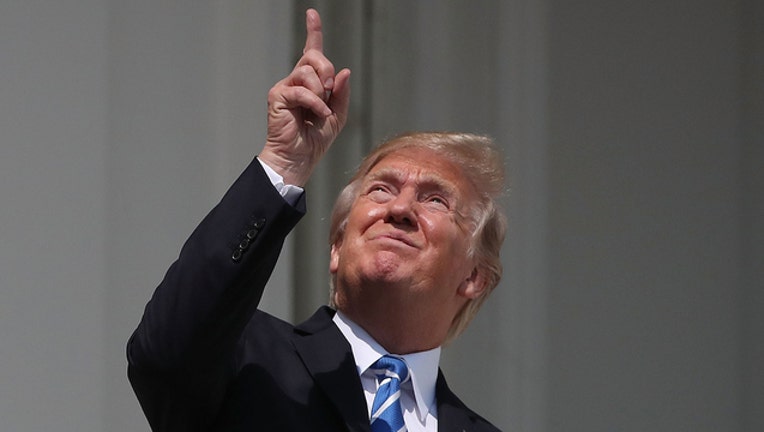 President Donald Trump looks up toward the Solar Eclipse on the Truman Balcony at the White House on August 21, 2017 in Washington, DC. (Photo by Mark Wilson/Getty Images)

WASHINGTON (AP) - President Donald Trump plans to sign an executive order before the end of the year creating a U.S. Space Command as a major military command.

That's according to two U.S. officials who say Vice President Mike Pence will make the announcement Tuesday at the Kennedy Space Center, in Cape Canaveral, Florida. One official says Trump could sign the order as soon as Tuesday.

The move is separate from Trump's goal of creating a "Space Force" as an independent armed service branch, but could be a step in that direction.

The U.S. Air Force's existing Space Command would be a key component of the new joint entity, raising space to the same status as U.S. Cyber Command.

The officials spoke on condition of anonymity because they weren't authorized to speak publicly.