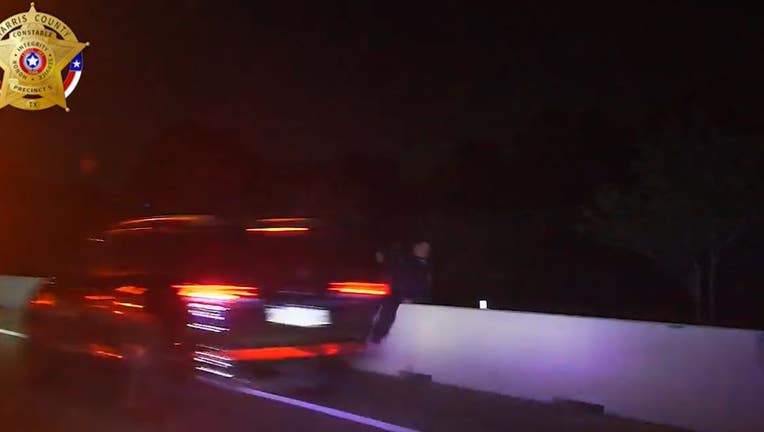 HOUSTON - A Harris County deputy experienced a close call with a suspected drunk driver while he was helping another driver, whose car had broke down.

It's unclear where it happened, but footage shared by Harris County Pct. 5 shows the frightening moments when the alleged drunk driver zoomed on the highway. The officer, identified as A. Gonzales, is seen flashing his light when an SUV barely misses him and two other people.

Before the vehicle can hit Deputy Gonzales, he flips over on the concrete barrier, where he falls out of frame.

Authorities say Deputy Gonzales suffered serious back injuries but is expected to make a full recovery. Meanwhile, the driver, who has not been identified, as of this writing, was arrested on two felony charges.