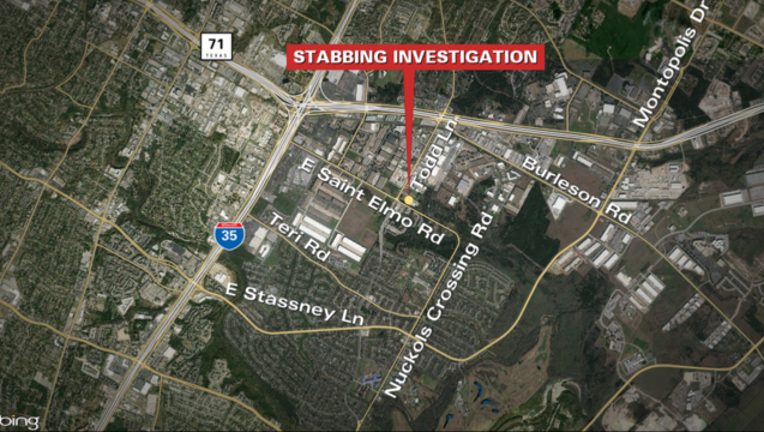 The woman in her 30s was found with at least one stab wound on East St. Elmo Road, according to tweets from the agency.

Medics said the woman was taken to a local trauma center.

They said she is expected to survive the injuries.

Austin Police said no one is currently in custody.

Police did not release a suspect description.