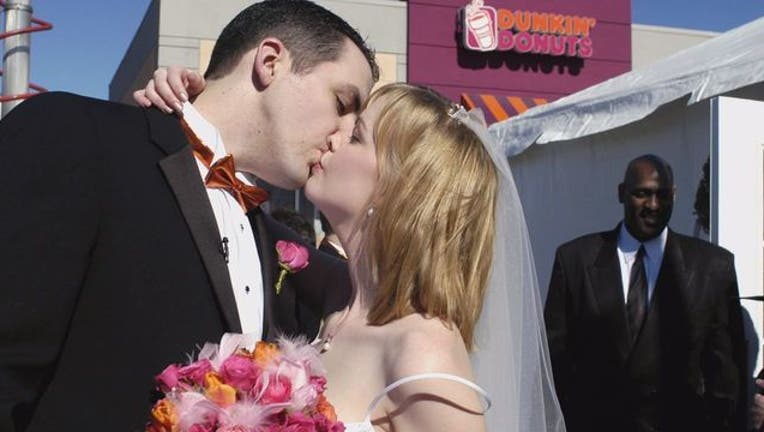 FOX NEWS - If your dream wedding includes nothing but doughnuts, then you might as well get married at Dunkin’. Luckily now you can. The doughnut chain formerly known as Dunkin’ Donuts is taking over a Las Vegas wedding chapel this February, and it sounds like an experience you dough-nut want to miss.

Dunkin’ will be taking over Sure Thing, a wedding chapel run by wedding pop-up company Flora Pop, on Saturday, February 9, from 11 a.m. to 3 p.m. According to a press release from the brand, couples who get married in the chapel will be surrounded by Dunkin’ décor and “bling,” as well as an officiant with Dunkin’ pink hair. Anyone can get married, from the newly engaged to those who are renewing their vows.

The first 100 couples to get married will also be given a Dunkin’ doughnut bouquet, which is not only tastier than flowers but, as one bride has shown us, a totally trendy wedding win. Dunkin’ is not the only chain that’s willing to host a wedding. There are actually a bunch of chain restaurants where you can get married.