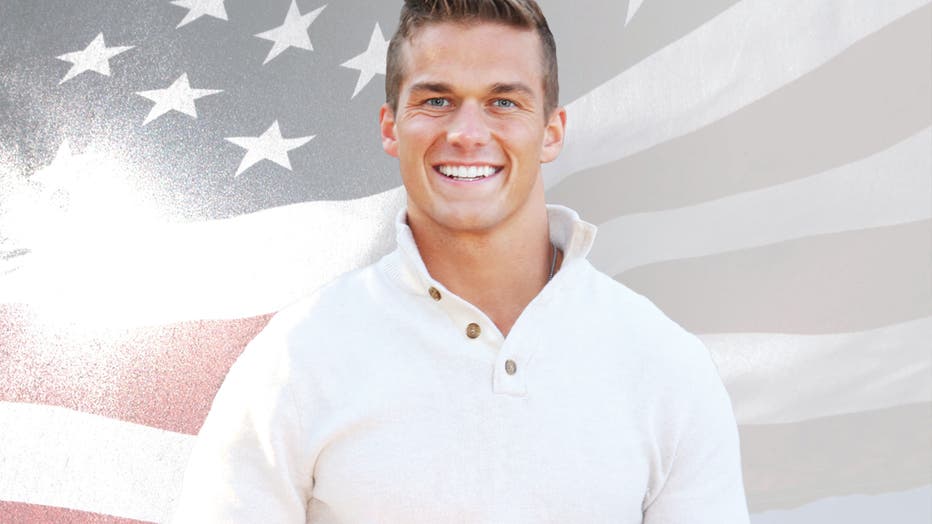 Kentucky Republican Rep. Thomas Massie, a libertarian-minded maverick who often clashes with GOP leaders, was renominated for a sixth House term. Trump savaged Massie in March as a “disaster for America” who should be ejected from the party after he forced lawmakers to return to Washington during a pandemic to vote on a huge economic relief package. 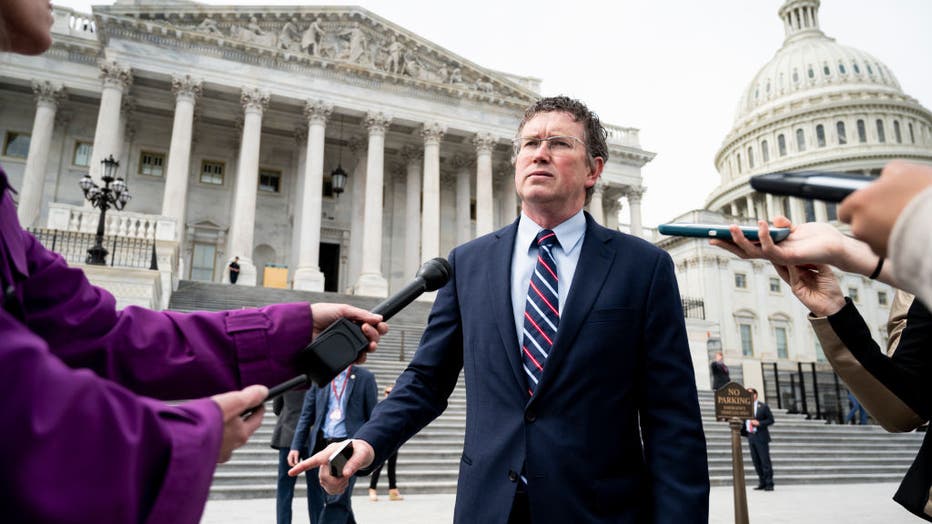 FILE - Rep. Thomas Massie, R-Ky., stops to speak with reporters as he leaves the Capitol.

Cawthorn, who uses a wheelchair following an accident, will meet the constitutionally mandated minimum age of 25 when the next Congress convenes. Cawthorn has said he's a Trump supporter, and Massie is strongly conservative. Still, their victories were an embarrassment to a president whose own reelection campaign has teetered recently.

As states ease voting by mail because of the coronavirus pandemic, a deluge of mail-in ballots and glacially slow counting procedures made delays inevitable. That torturous wait seemed a preview of November, when more states will embrace mail-in voting and officials warn that uncertainty over who's the next president could linger for days.

RELATED: AOC wins primary while many other races undecided

Kentucky usually has 2% of its returns come from mail ballots. This year officials expect that figure to exceed 50%, and over 400,000 mail ballots were returned by Sunday.

New York officials expect the vast majority of votes to be mail ballots this year, compared with their typical 5% share. Counties have until eight days after Election Day to count and release the results of mail ballots, with 1.7 million requested by voters.

In Kentucky, many counties including Jefferson, the state’s largest, faced piles of mail-in ballots and reported no results. The Associated Press doesn't expect to call the McGrath-Booker race until June 30, when Kentucky plans to release additional tallies.

Even so, Booker and supporters gathered in Louisville chanted ’’from the 'hood to the holler,” the slogan he hoped would help build a coalition of urban Blacks and rural whites.

“We have the opportunity to transform history," Booker said.

In other contests, Majority Leader Mitch McConnell of Kentucky easily won the Republican nomination for a seventh Senate term. He'll be favored in November against McGrath or Booker.

RELATED: Final results in NY, Kentucky primaries could be days away

In Virginia, retired Army Col. Daniel Gade won the GOP Senate nomination but seems certain to lose to Democratic Sen. Mark Warner in November. Republican Scott Taylor will face Democratic Rep. Elaine Luria in a rematch between two Navy veterans in a Virginia Beach district from which she toppled him in 2018.

In Louisville, voting advocates complained an unknown number of people stayed home because of difficulty traveling to the city’s single polling place — the Kentucky Exposition Center.

“In my neighborhood, most people don’t have cars,” said voter Michael Baker. “It’s not fair for them to have one site.”

A judge kept the polling place open an extra half-hour after about 175 people, some of whom pounded on the building’s doors, demanded to vote. Louisville, the state's biggest city, has 600,000 residents.

In the big New York and Kentucky contests, Democrats watched whether nationwide protests sparked by last month’s killing of George Floyd by Minneapolis police would translate to a decisive turnout by African American and progressive voters.

Booker’s campaign caught fire after he attended recent protests against the March police killing of 26-year-old Breonna Taylor in her Louisville home. That helped him win support from progressive Sen. Bernie Sanders, I-Vt., and the state’s two largest newspapers.

In one measure of McGrath's financial advantage, she has spent $16 million in ads compared with Booker's $2 million, according to Advertising Analytics, which studies campaign advertising.

In New York, Engel is supported by Democratic stars including Hillary Clinton, House Speaker Nancy Pelosi and the Congressional Black Caucus, plus major labor unions. He’s one of Congress’ most liberal members.

Bowman, an educator, has drawn strength from anti-racism protests and his accusations Engel has grown aloof from his diverse district in parts of the Bronx and Westchester. Bowman has been helped by progressive groups and lawmakers like Sanders.