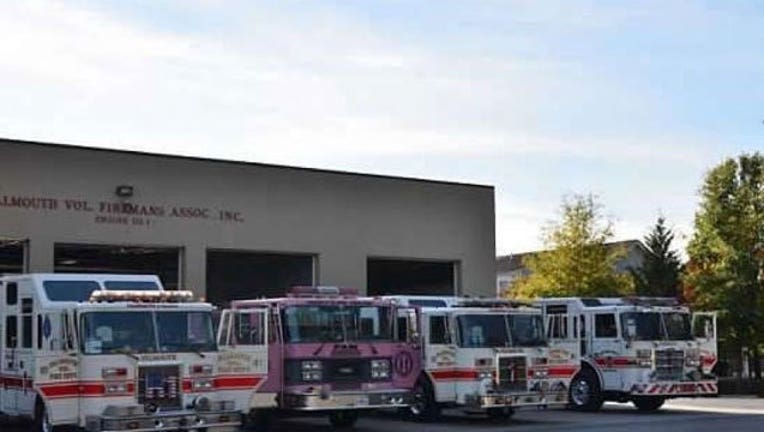 Two Virginia volunteer firefighters were suspended for transporting an 18-month-old girl to the hospital in a fire engine last Saturday, ultimately saving her life.

Captain James Kelley and Sgt. Virgil Bloom of the Falmouth Volunteer Fire Department in Fredericksburg were the first to respond to a call of a child having a seizure at an undisclosed location near a McDonald’s and took her to a nearby hospital, according to Fox 5 DC.

Kelley said they were suspended because their fire engine is licensed as a “non-transport unit” and doesn’t have the proper restrains and medications that an ambulance would have. He said when this kind of thing happens firefighters are praised, but then disciplined.

Kelley explained to Fox 5 DC Saturday he told the driver to turn the fire engine on because the child was in desperate need of medical care and the nearest ambulance was about 10 to 15 minutes away. He said when he asked where the nearest medic was, he received vague responses.

The fire engine picked up the child and transported her to Mary Washington Hospital. A separate ambulance requested to meet with the firefighters at the Falmouth Station, but Kelley denied the request because of the proximity to the hospital.

The girl was put on oxygen in the fire engine and was in the trauma room within 13 minutes of the time the call came in, Fox 5 DC reported.

Brian Nunamaker, the girl’s father, told the Fox affiliate the incident occurred as he and his daughter were coming back from running errands. He said he pulled over by the McDonald’s and was assisted by a passerby as well.

“As a parent, you feel extremely helpless to be unable to assist the most important person in the world during such a time of emergency,” Nunamaker said in a statement. “Worst case scenarios run through your head while you are hoping for the best. The eternity of waiting for help to arrive was surprisingly non-existent in this situation. I was surprised at how quickly help had arrived in the form of a fire truck."

When the firefighters arrived on the scene, Nunamaker’s daughter was limp but she was still breathing and had a pulse. His daughter arrived at the hospital and started to have another seizure, but it stopped momentarily. Nunamaker said his daughter was later transferred to VCU and was later discharged.